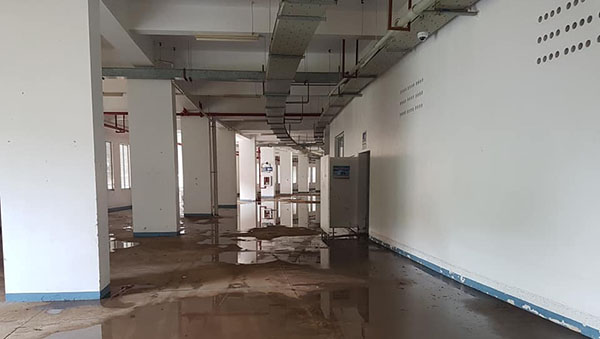 ST. GEORGE’S, Grenada, August 3, 2018 (CMC) — Damage to the ground floor of the National Stadium, due to flooding from recent rain, has led to the postponement of one of the main carnival events .

According to Spicemas Corporation, the 2018 Kiddies Carnival will now be held on August 11, instead of the scheduled date of August 4.

The decision to postpone the Kiddies Carnival was made, yesterday, following a tour and inspection of the stadium facility, by Culture Minister, Norland Cox, officials from the National Disaster Management Agency, the Ministry of Health and the Royal Grenada Police Force.

“We are mindful that there are health issues, so we want to make sure that we sanitize the National Stadium. It’s CCF, we sell food there, yes it was flooded, but it’s not just dirty water, its sewage water, it’s all different types of bacteria,” said Kirk Seetahal, Chief Executive Officer of the Spicemas Corporation.

“We have consulted the Ministry of Health and they have told us that is the best way to go,” he added.

On that same night, the stadium is expected to be the venue for “the biggest white show”, and that is scheduled to get started after the senior panorama.

An alternative venue was considered, but it’s not in a condition to host the event.

On Wednesday, Grenada recorded six inches of rain in the Point Salines Area and more in the other parishes.

Following an emergency meeting of the National Emergency Advisory Council, on Thursday, the government declared the parishes of St. George’s and St. David as Disaster Zones.

More than 60 landslides were recorded in the parish of St. David, while the figure for St. George is yet to be finalised.