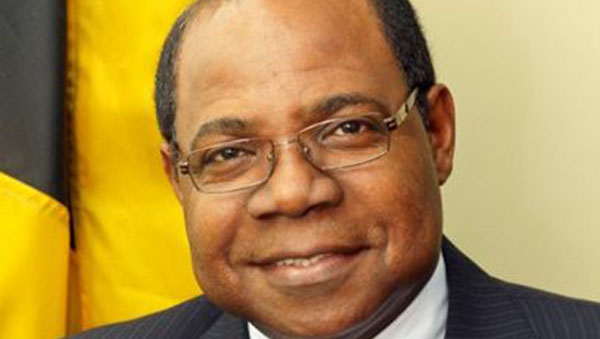 Addressing the 54th annual general meeting of the St. Lucia Hotel & Tourism Association, as guest speaker, he said the sector promotes some of the main values of regional integration, as the industry “involves the close contact and interaction of millions of individuals, from diverse cultural, ethnic, racial, socio-economic and national backgrounds, working together for mutually-beneficial exchanges”.

Describing tourism in the Caribbean as “cutting across many spheres, sectors and boundaries”, Minister Bartlett characterized the sector as “a shared model of development for the region”, and one that has a special place among Caribbean states.

“The sector provides considerable scope for collaboration and cooperation among many stakeholders at the regional level, in a wide range of areas, including investment and product development, human resource development, tourism awareness, research and statistics, access and transportation, regional facilitation, environmental and cultural sustainability, marketing communications and addressing crime that involves visitors,” he explained.

Affirming that the Caribbean is the most tourism-dependent region in the world, generating investments and jobs and supporting overall economic growth through critical sectoral linkages, Bartlett reported that Caribbean Community (CARICOM) leaders, attending the 29th Inter-Sessional Heads of Government meeting in Port-au-Prince, Haiti, in February, had acknowledged tourism as the Caribbean’s largest economic sector and declared that it needs to be “stimulated, urgently and sustainably, for the region’s long-term development prospects”.

He further noted that regional leaders attending the 39th CARICOM Heads of Government meeting in Jamaica, last month, had reaffirmed their commitment to the effective implementation of the CARICOM Single Market and Economy (CSME), which is aimed at facilitating the expansion of investment and trade in goods and services, and the free movement of people across the region.

“Tourism is also a catalyst for promoting the successful implementation of the Caribbean Single Market and Economy (CSME) framework, which has been the leading initiative, developed by CARICOM, to promote regional integration,” Bartlett said, adding that it could also become a catalyst for increased intra-regional travel, which could spread its benefits across the Caribbean.

“Intra-regional tourism provides vast economic exchange and opportunities for the regional economy that would have otherwise gone to countries, such as the USA, Canada and England. This form of inward-looking tourism is also a very practical approach to reversing the overdependence of the region’s tourism sector on international markets,” he added.

Citing the recent signing of the Multilateral Air Services Agreement by CARICOM Heads as one of the region’s noted successes in the promotion of intra-regional tourism, Bartlett said it could help to make travel, within and beyond the Caribbean, much easier.

The agreement is aimed at creating a liberalized environment that is consistent with emerging global aviation policies, and has been expanded to include conditions for a single security check for transiting passengers on multi-stop regional flights.

Bartlett acknowledged that there are obstacles that must be overcome, in the quest to establish a sustainable regional tourism sector.

“It is no secret that there remain several impediments to the development of a sustainable regional tourism sector, including the general lack of emphasis and promotion of intraregional tourism at national levels, the prohibitive cost of intra-regional travel, continued restrictions to free movement and insufficient harmonization and coordination in the area of disaster risk management,” he said.

The Caribbean’s vulnerability to climate change constitutes another of the threats to the region’s tourism sector, said Bartlett, stressing that these issues necessitate sophisticated, resilient mechanisms and crisis management systems.

“Indeed, it was this spirit of regional cooperation that led to the recent conceptualization of the Caribbean Disaster Resilience Centre – the first of its kind in the region — which will be established at the University of the West Indies Mona,” Bartlett added.

The Jamaican minister suggested the development of a regional tourism rating or classification scheme, as another way of deepening regional integration through tourism and enhancing the visitor experience, provided common standards and criteria could be agreed as well as adequate resources.

“Such [a]scheme could ensure a level of quality assurance for visitors and stimulate product and service quality improvement, through the objective benchmarking of visitor facilities and service standards,” said Bartlett.

He concluded by urging Caribbean states to work together in order to take full advantage of tourism’s untapped potential.

“We must find common ground, on a number of issues, and strengthen our cooperation, in a number of shared areas, to ensure that tourism development truly brings us together,” he added.