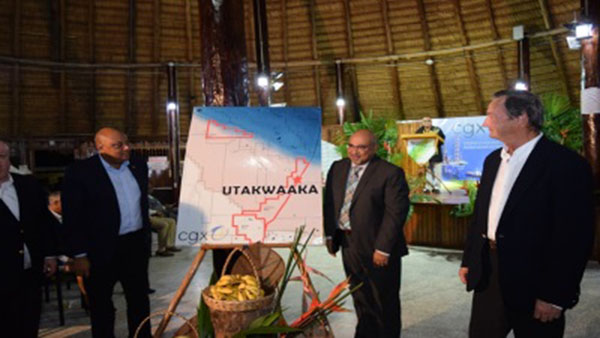 Utakwaaka, a Phillipai word, means the dawn of a new day, a ray of light, a ray of hope, Ovid Williams, of the Aleluya Group, explained. The Aleluya Indigenous Religion is considered one of the oldest known and only practising Indigenous religion in Guyana. 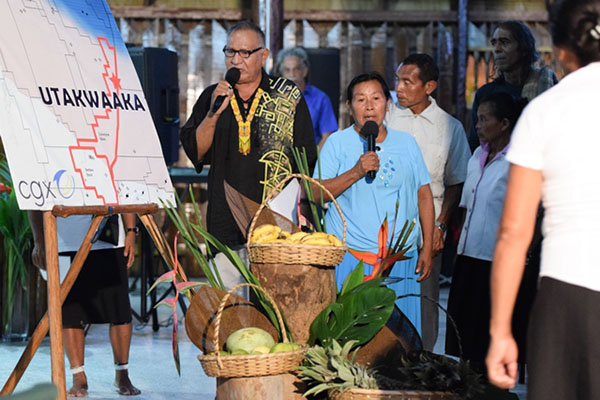 CGX Energy Incorporated’s latest exploration well is expected to be drilled, in November 2019, in the company’s Corentyne Block, offshore Guyana.

CGX chairman, Professor Suresh Narine, said that giving the well an Indigenous name is a departure from the norm in the oil industry.

“[It is] to pay homage to and take strength, sustenance and blessing from the wealth-spring of spirituality and philosophy of our indigenous peoples. Traditionally, wells are named by the geologists who select the location.”

Greenidge saidd that Guyana is proud of its association with the Canadian company, regarding the work it has done in the country and its determination and resilience in exploration in the oil and gas industry.

“What we have achieved now … is in no small measure to the persistence of CGX, itself, in working with Guyanese, its technicians, investors to ensure that, notwithstanding the disappointments … today we can celebrate,” the Foreign Affairs Minister added.

The naming of the well coincided with the company’s 20th anniversary, and Narine said it is important to CGX Energy Incorporated that the resource, it is exploiting, is used to enhance “that which we hold valuable rather than let it, in itself, define value to us”.

Guyana is expected to begin commercial production of oil and gas, after the US-based oil giant, ExxonMobil, announced in June, that it made its eighth oil discovery, offshore Guyana, at the Longtail-1 well, creating the potential for additional resource development in the southeast area of the Stabroek Block.