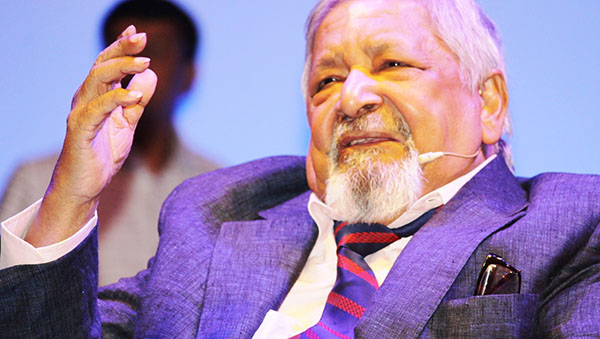 Sir Vidiadhar, who became the second Caribbean national to win the Nobel Prize in literature, was described as “a giant in all that he achieved” by his second wife, Lady Naipaul.

She said he died “surrounded by those he loved, having lived a life, which was full of wonderful creativity and endeavour”.

Sir Vidiadhar, who was born in Chaguanas in Central Trinidad on August 17, 1932, was known for works, including A Bend in the River and his masterpiece, A House for Mr. Biswas that was inspired by childhood memories of his father, Seepersad Naipaul.

He wrote more than 30 books, won the Booker Prize in 1971 and the Nobel Prize in literature in 2001, following in the footsteps of the late St. Lucian poet and playwright, Derek Walcott, who won the award in 1992.

The Nobel Prize in literature committee awarded Sir Vidiadhar for “having united perceptive narrative and incorruptible scrutiny in works that compel us to see the presence of suppressed histories”.

“Naipaul is a modern philosopher. In a vigilant style, which has been deservedly admired, he transforms rage into precision and allows events to speak with their own inherent irony,” it added. 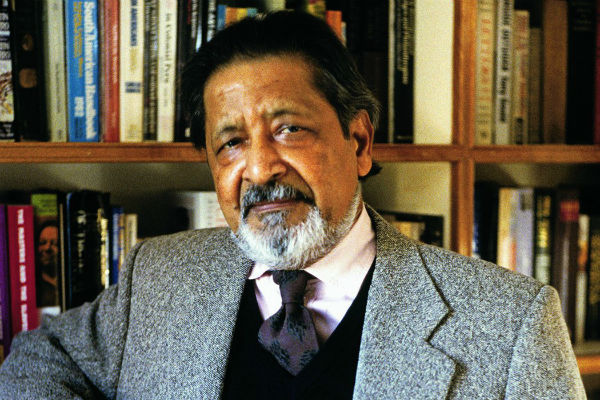 A decades-younger Sir VS Naipaul.

Sir Vidiadhar, who, as a child, was read Shakespeare and Dickens by his father, was raised a Hindu and attended Queen’s Royal College in Trinidad. He moved to Britain and enrolled at Oxford University in 1950, after winning a government scholarship.

His first book, The Mystic Masseur, was published in 1951 and, a decade later, he published his most celebrated novel, A House for Mr Biswas, which took over three years to write.

The editor of the Mail on Sunday, Geordie Greig, a close friend of Sir Vidiadhar, said his death leaves a “gaping hole in Britain’s literary heritage”, but there is “no doubt” that his “books live on”.

His first wife, Patricia Hale, died in 1996 and he went on to marry Pakistani journalist, Nadira.

“This proud son of Trinidad and Tobago established himself as an icon in the literary arts on the global stage, and his world-renowned achievements caused his birthplace to shine in a positive light,” the Prime Minister said.

In a statement, issued shortly after news broke of Naipaul’s death, Rowley said the Nobel Laureate was “unwavering in his resolve to tell his stories as he saw fit. Moreover, his strength of character was responsible, in no small part, for his renowned success.”

“His literary works will always remain a testimony of his strength and amazing talent, as well as ensure that he will never be forgotten. May he rest in peace.”

The Caribbean Community (CARICOM), on Monday, also mourned the death of the Trinidad-born novelist and Nobel Laureate.

In a statement, CARICOM Secretary General, Irwin LaRocque, described Sir Vidia as “a prolific author of both fiction and non-fiction, whose works “elicited much critical acclaim and earned him many literary awards. He was acknowledged as a master in the use of language”.

“His unsparing critique of post-colonial societies, across the globe, was the basis of much of his work and provoked a great deal of thought and discussion,” LaRocque said, paying tribute to “this great son of the soil”.