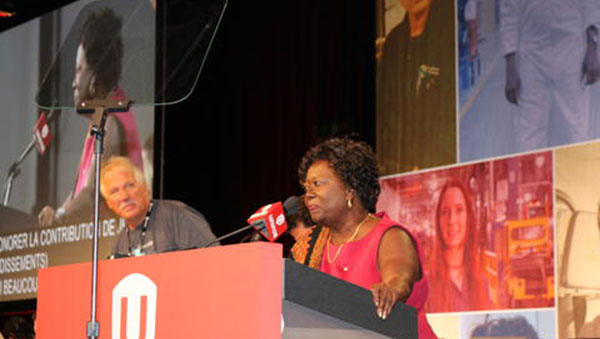 Named in honour of Nelson Mandela, former president of South Africa from 1994 to 1999 and anti-apartheid revolutionary, the award recognizes the struggle, courage and achievement of Mandela, in fighting against apartheid and in advancing human rights and social justice.

Recipients are honoured for having made a significant contribution, in the area of advancing human rights and social justice. 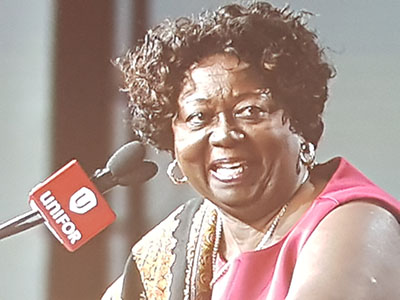 Augustine continues to impact the lives of many, including young women, at the Jean Augustine Centre For Young Women’s Empowerment in Toronto.

“I am honoured to receive The Nelson Mandela Humanitarian Award from Unifor at their 5th Anniversary Council, in the presence of hundreds of their union members and officials,” Augustine said, in an exclusive interview with Pride News Magazine.

“Nelson Mandela is an icon and a true humanitarian and fighter for social justice and human rights. This award, affirming my history of public service, is encouragement for me to continue my work in the area of social justice,” she added.

Augustine, a former federal Member of Parliament for Etobicoke-Lakeshore, was the first black woman elected to the Canadian Parliament, in 1993. She served as Parliamentary Secretary to then-Prime Minister, Jean Chrétien, from 1994 to 1996, and was the Minister of State for Multiculturalism and the Status of Women, from 2002 to 2004.

A steadfast defender of women’s rights, youth rights, and the rights of black communities, it was her motion, in the House of Commons, that led to the official recognition of February, as Black History Month in Canada.

“Her work as a politician, educator and social activist has resulted in the improvement of rights for racialized, low income, and migrant people,” Unifor said in a press release. “She is a steadfast defender of the rights of women and girls, and her presence within her own communities, has not only made them a better place, but her time in both provincial and federal government has made the world a better place.”

“I’m excited to recognize the Honourable Jean Augustine for her important contributions in the struggle for human rights,” said Jerry Dias, National President of Unifor, Canada’s largest union in the private sector, representing 315,000 workers in every major area of the economy. “Canada is a better place because of activists like Ms. Augustine.”

Augustine, born in 1937 in Grenada and immigrated to Canada in 1960, under the West Indian Domestic Scheme, studied at the University of Toronto, where she obtained a Bachelor of Arts and a Master of Education.

After university, she worked as an elementary school principal with the Metropolitan Separate School Board in Toronto.

Subsequently, she was active in numerous organizations for education and social justice: the National Black Coalition of Canada; the Board of Governors of York University; the Board of Trustees for The Hospital for Sick Children; the Board of Directors of the Donwood Institute; the Board of Harbourfront; Chair of the Metro Toronto Housing Authority; and in 1987, she was named National President of the Congress of Black Women of Canada.

In 2007, Augustine was nominated by the government of Ontario to become the first Fairness Commissioner, a position — created to advocate for Canadians with foreign professional credentials — from which she retired in March 2015.

In 2007, Augustine donated her personal records to the Clara Thomas Archives and Special Collections at York University. “Pushing buttons, pushing stories” is a digital archive of Augustine’s personal political buttons.

In 2008, the Jean Augustine Chair in Education was established in the Faculty of Education at York University. 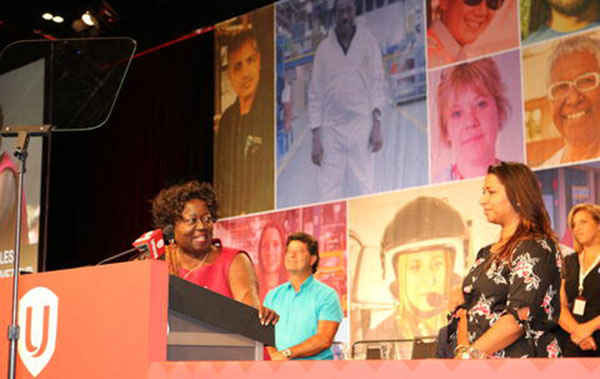 Augustine was made a Member of the Order of Canada “for her distinguished career as an educator, politician and advocate for social justice in Canada” in 2009; and in 2014, she was appointed Commander of the Order of the British Empire (CBE) for her service to education and politics.

The Jean Augustine Scholarship Fund was named for her, which she helps support with fundraising. It assists single mothers to undertake post-secondary study at George Brown College.

To honour Augustine’s contribution and service to education in Ontario, two schools have been named in her honour: in Peel District, the Jean Augustine Secondary School in Brampton, Ontario; and the Toronto District School Board’s (TDSB) Girls’ Leadership Academy.

The publication, formally launched on Thursday, June 16, anthologises the success of African-Canadian women, and has been hailed by provincial and national leaders, including Prime Minister Justin Trudeau.

Earlier this month, a 35-minute docu-film, “Steadfast”, celebrating the life and times of Augustine, was launched. The docu-film — a testament of Augustine’s devotion in pursuit of social justice — covers various aspects of her personal journey, through enactments and personality interviews, supported by powerful narration and music.