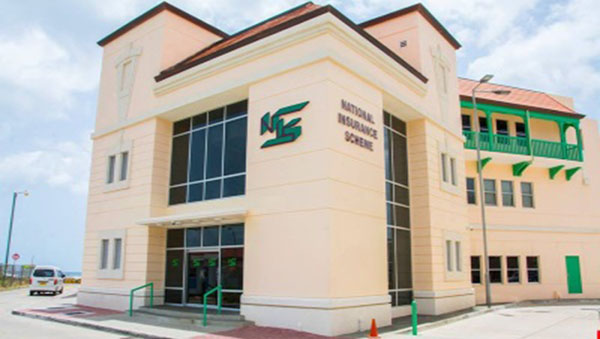 ST. GEORGE’S, Grenada, August 23, 2018 (CMC) – The National Insurance Scheme (NIS) in Grenada has paid out more money than it was able to collect, for the first six months of 2018, and its management wants appropriate changes to be made to extend the life of the scheme.

“For January to June 2018, the NIS paid EC$42.05 million in benefits and collected EC$39.9 million in contributions. This means that contributions collected for the period was not enough to cover the benefits paid during the period,” the NIS said in a posting on its Facebook page, yesterday.

NIS public relations officer, Lisa Douglas, later explained that the NIS had to dip into its reserve and from income on investments, to meet the extra funds to settle the payments.

“The difference is covered by the returns, earned on the monies invested, over the years. It is also important to point out that pensions accounted for 80 percent of the benefits paid, during the period” she said in a follow-up post.

Actuarial Review estimates, in the last three reviews, point to the predictable path that all “pay-as-you-go, defined-benefit, national insurance programs”, reach around this stage; that is, benefits paid annually will catch up with contributions collected, and later, with contributions plus investment income, if nothing is done to address the existing conditions, within which the NIS operates.

“Therefore, we all must realize, that the sustainability of the benefits paid by the NIS, which are currently taken for granted, can only continue now, and for future generations, if appropriate changes are made to extend the life of the Fund,” the post advised, as it put forward its argument for changes be made to the NIS law, as recommended in the last three actuary reviews. It is recommended that the retirement age be increased to beyond sixty.”

The NIS said the cornerstone of all pay-as-you-go Social Security programs, such as the NIS, is solidarity.

“One way in which solidarity is shown, is in the inter-generational transfer that takes place — each generation providing support to the previous one,” the NIS said, pointing out that in Grenada, a good example of this is in the pensions and other benefits paid by the scheme.

Admitting that it understands that some may consider their pension to be insufficient, the NIS said it is a well-established fact, that on average, a pensioner receives the full value of all contributions paid on their behalf, after receiving a pension for three-and-a-half years.

Using an example of a female contributor, the NIS said a pensioner, who made contributions for 31 years, to a total sum of EC$66,634.68, and starts receiving payment in 2015, will receive all that, and more, by the three years and six months.

“This means that even before reaching age 63, she has already collected more in pension payments, than what was paid to the NIS on her behalf,” the NIS added.