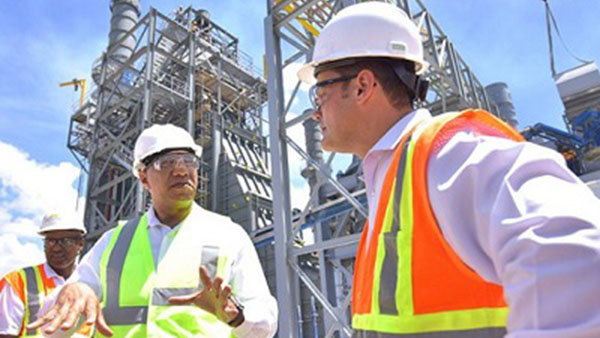 “It sends a very good signal to the international community about the state of the Jamaican economy, to not just sustain the financing of such a large project, but to also have all the necessary support, infrastructure and facilities, in place, to ensure that such a large investment can go off seamlessly,” he said on Tuesday.

Holness noted, the US$330 million project, which is largely financed by local investors, augurs well for Brand Jamaica, and anticipates that “we will be seeing [more] large projects of this nature in the future”.

“Investors can rest assured that they can calculate and manage their risks in Jamaica, that the Jamaican government is supportive of these large investments and that we have the labour force to support (them),” he added.

The Prime Minister was speaking with journalists, following a tour of the project site on Tuesday.

He pointed out that the development, which is two months ahead of schedule and within budget, is a major achievement for Jamaica, as not only will it ensure the country’s energy security, “but for the average consumer, it will inevitably see a reduction in your electricity prices”.

“I am also happy to know that the plant, itself, is far more environmentally (friendly) in its design, in that the particulate discharge will be far less than the old plant, and that this is a combined cycle plan… so you’re getting far more energy out of every unit of fuel that you use,” Holness stated.

He said he was also pleased the project has provided employment for locals, noting that it was “heart-warming to see the many Jamaicans coming to work”. 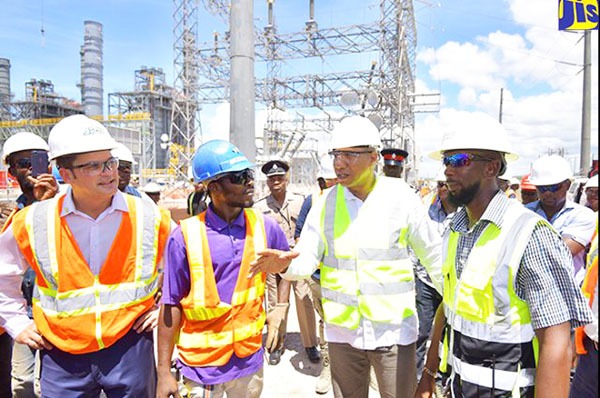 “These kinds of infrastructure projects, though they use quite a bit of foreign exchange, generate significant employment, and just interacting with the labour force on the site here, tells me that the management of the construction here, and JPS, have taken all the necessary measures to ensure that there is industrial harmony on the site and that there is some amount of human resource development taking place,” Holness said.

More than 570 people have been employed on the project, 444 of whom are Jamaican. Residents of Old Harbour Bay and adjoining communities account for 225 of the workforce.

Meanwhile, JPS President and Chief Executive Officer, Emanuel DaRosa, said the company is “very proud of what we have accomplished at this point”.

“This is a major undertaking…for JPS and there are some significant benefits that are going to flow out of this project for the people of Jamaica,” he assured.

Financing of approximately US$210 million was secured through a consortium of local banks.

Additionally, JPS’ major shareholders, East-West Power Company of South Korea, and Marubeni Corporation, based in Japan, committed equity in excess of US$45 million each.

Additionally, United States entity, General Electric (GE), is manufacturing equipment for the plant, which includes a power block, capable of burning natural gas as the primary fuel, and diesel oil as a contingency.