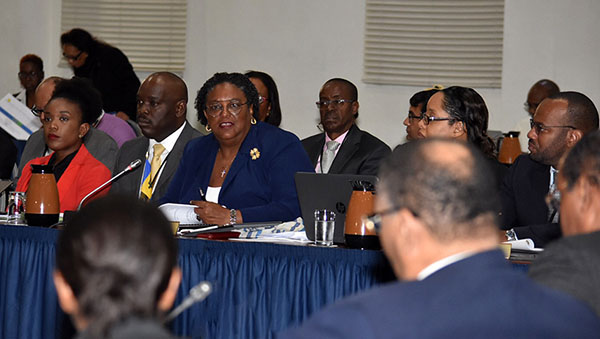 Addressing the Sixth Special Meeting of the Council of Ministers of Finance and Planning (COFAP), the prime minister said there was need for a common Community investment policy and code.

She told those gathered: “There is no doubt that the common differences that we face with the threat [of] blacklisting and the negative listing with respect to critical aspects of our economy in terms of our financial services, continue to bedevil our economic stability.

“All of us are having access problems with respect to capital. Too many of our citizens in the productive sectors, [and] too many of our companies are complaining about their ability to access capital in ways that make sense.”

“There’s no doubt that we need to have our financial services architecture regulated by treaty arrangements and, indeed, when we look at the investment policy code that was first settled, as far back as 2008 or 2009.

“So we are talking about almost a decade in the wilderness, in the absence of being able to settle some of these critical initiatives, that this meeting can bring us closer to settling and signing off on,” Prime Minister Mottley added, noting that the region understands the seriousness of the issues, before the COFAP, given the common difficulties faced by the 15-member grouping. 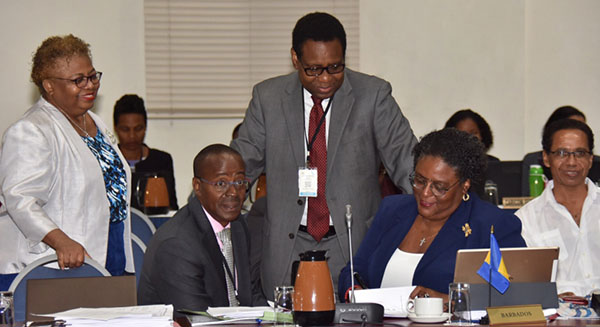 Prime Minister Mia Mottley (second from right) seen in discussion with members of the Barbados delegation at the start of the Sixth Special Meeting of the Council for Finance and Planning at the Lloyd Erskine Sandiford Centre today. Photo credit: C.Pitt/BGIS.

It is also intended to promote and facilitate the adoption of measures for fiscal and monetary co-operation among the 15-member states, including the establishment of mechanisms for payment arrangements, as well as recommending measures to achieve and maintain fiscal discipline by the respective governments.

Noting that the COFAP meeting would seek to address fundamental issues about the competitiveness of the Single Market, in relation to how regional economies functioned, Mottley added: “If we are to carry the Single Market to the next level, then these issues have to have some advancement made in terms of the capital markets of our region.”

Prime Minister Mottley pointed out that it was absolutely critical that regional leaders enhanced the ability of citizens to be able to access credit and to bring true expression to improving their wellbeing “by putting a framework in place that protects the individual citizen, as well as the financial institution”.

In his address to the Council, CARICOM Secretary General, Irwin La Rocque, said the enabling economic environment, required to stimulate growth and foster competitiveness in the Community, must complement the single market arrangements put in place, in order to encourage economic activity and realise the beneficial impact of the CARICOM Single Market and ECONOMY (CSME.) that allows for the free movement of goods, services, labour and skills across the region.

He said, in pursuing that course, CARICOM has identified those elements of a single economy, in the short- to medium-term, that would enhance the effective use and operation of the single market. 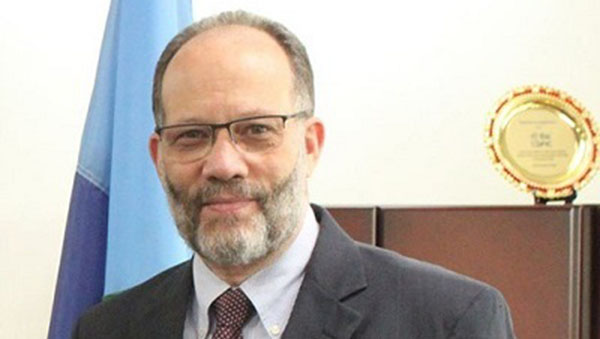 “In particular, we have been developing policies and legal instruments for the movement of capital and investment resources, across the region,” he said, adding that the meeting, here, will “touch on issues that affect the lives of the citizens of CARICOM”.

La Rocque said that the agenda addresses the important role of deposit insurance in enhancing the financial safety-net, preserving financial stability mechanisms and the development of a regional integrated capital market.

“It also includes establishing a credit reporting system and regulating the operations of credit bureaus to protect the rights of borrowers. That will facilitate access to credit for supplementing income and undertaking long term investments, such as education and mortgages, as well as providing working capital for businesses. It will also provide for the cross-border exchange of credit information by member states”.

La Rocque said that regional leaders, at their last summit in Jamaica, gave a clear mandate to COFAP to finalise some of these instruments by the Inter-sessional Meeting in February 2019, and the others by July next year.

He said these include an investment policy, an investment code, an incentives regime, an integrated capital market, beginning with model securities legislation.

He noted that as a result of the negative impact of the financial and economic crisis in the past decade on the region and in the pursuit of the CSME’s goal of sustainable economic growth, a Commission on the Economy was established.

“The Commission, within its limitations, has provided thoughtful and insightful recommendations. There is no doubt such a Commission could have a continuing role to play in confronting the challenging economic situation facing our member states.

“However, to adequately perform its functions, in light of the rapidly changing developments impacting our growth prospects, there is need to restructure the Commission, as a body of independent experts, with a time-bound mandate. The ideas of the COFAP, in this regard, will be instrumental in helping the Commission to deliver on such a mandate,” he noted.

La Rocque said that among the issues, impinging on the prospects for growth in the region, is the listing of some of the Caribbean countries as non-co-operative tax jurisdictions.

He said the meeting here will receive an update on plans for a high-level mission to Europe, to be led by Prime Minister, Gaston Browne, of Antigua and Barbuda.