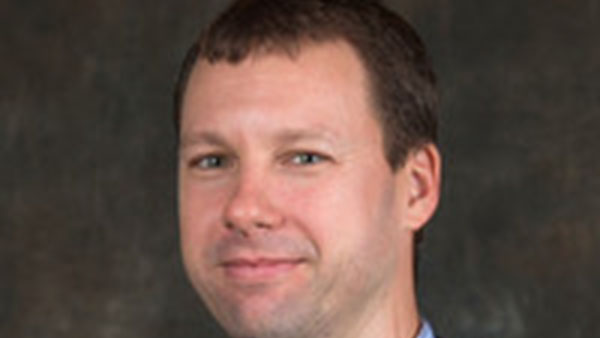 TTMA President, Christopher Alcazar, said, "The TTMA asks employees to consider the impact their actions would have on businesses, small, medium and large, which are in varied ways having difficulty in keeping their doors open at this time..."

PORT OF SPAIN, Trinidad and Tobago, September 4, 2018 (CMC) – The Trinidad and Tobago Chamber of Industry and Commerce has urged the government and the union representing workers, at state-owned Petrotrin, to adopt a level-headed approach and work together to chart the way forward, following the announcement of the planned closure of the oil company’s refinery.

And it has described the call of the Oilfield Workers’ Trade Union (OWTU) President, Ancel Roget, for workers, across the country, to stay away from their jobs, on Friday, as a “retrograde step”, warning that it may only “undermine the economy and, ultimately, harm the very persons it is intended to help”.

“The possible fallout could very well serve to intensify already trying times for all who share the burden, including the more vulnerable among us,” said the country’s largest private sector group.

The OWTU and other trade unions are planning a shutdown of the country, to protest the closure at the refinery at Pointe-a-Pierre, which will leave over 2,000 people without jobs. Approximately 1, 700 permanent workers will be affected in the refining and marketing division of the company, while in exploration and production, employment levels are to be reduced by 900.

But the Chamber of Commerce said that at a time when the country is grappling with challenging economic conditions, the rhetoric from the union, inciting citizens to mobilize, can only be described as irresponsible.

“It is also our understanding that such action is contrary to the Industrial Relations Act. Instead of calls for disruptive activity, the T&T Chamber is of the view that there needs to be a commitment to do whatever it takes to restore our national competitiveness and growth,” it said.

“The country has been aware of the situation with Petrotrin for several years. We now stand at a crossroads, where we can neither sustain the massive debt, nor the ongoing losses of the refinery operations. It is a time for forward looking approaches; the world is changing and we need to place greater emphasis on where we need to be for a sustainable economy.”

The Chamber said it subscribes fully to the ideals of constructive dialogue, as established through the National Tripartite Advisory Council (NTAC). Anything less, it said, would be counter-productive to securing a better future for all of those who live and work in the twin-island republic.

Meantime, the Trinidad and Tobago Manufacturers’ Association (TTMA) said that while it stands in solidarity with all unions, negotiating for safe working conditions, fair wages and the best interests of their workers, and it is empathetic to the Petrotrin workers who are facing job loss, it does not support the nationwide shutdown, proposed by the unions.

It said, in a statement, that such action would adversely affect the interests of the majority of the nation’s citizens.

The TTMA pointed out that Trinidad and Tobago is ranked 83rd in the competitiveness index and 102nd in the rating of ‘ease of doing business’, adding that productivity in Trinidad and Tobago’s industrial sectors declined by eight percent during fiscal 2015/2016, a steep decline from the 1.4 percent decline recorded in fiscal 2014/2015.

It therefore contended that any call which may decrease productivity even further will only serve to discourage investment and negatively affect the livelihood of a great number of citizens, many of whom are struggling to keep afloat in a challenged economy at this time.

“The TTMA asks employees to consider the impact their actions would have on businesses, small, medium and large, which are in varied ways having difficulty in keeping their doors open at this time and many of whom are struggling to maintain their complement of employees, from month to month,” TTMA President, Christopher Alcazar, said.

“Our climate for investment is crippled by actions, such as these, and with an already abysmal productivity index, it is important to look at our collective concerns in the context of our current economic landscape. While we acknowledge that there are many factors, which contribute to the low levels of productivity in our nation, poor work ethic in the national labour force has been cited in international benchmarking as the number one problematic factor for doing business in this country for yet another year.

“Whether we like it or not, Trinidad and Tobago does not exist in a vacuum, but we compete every day on a global scale. While there may be need for dialogue or ventilating of concerns between unions and the government, we must be cognisant of the entire picture for the greater good of the survival of business and the ultimate sustainability of employment levels that affect all citizens,” he added.