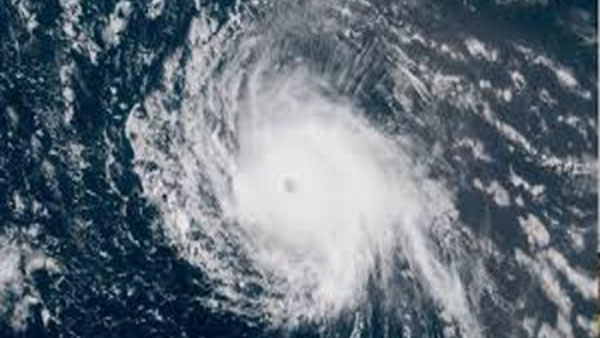 HAMILTON, Bermuda, September 5, 2018 (CMC) – Bermudians were upgrading their storm supply kits, as Hurricane Florence intensified, today, to a powerful Category 3 storm, packing maximum sustained winds of 125 miles per hour (mph), as it continued to drift towards the British Overseas Territory.

Local forecasts suggest that Florence — the third hurricane of the 2018 Atlantic season, but the first major one — will weaken in the next 24 to 48 hours, owing to wind shear.

However, the Miami-based National Hurricane Centre (NHC) said the storm is expected to remain a strong hurricane, “through early next week”.

At noon local time, Florence was 1,370 miles east-southeast of the island, moving west-northwest at 13 mph. Its nearest point of approach to Bermuda, within the next 72 hours, is forecast to be 643 miles to the east-southeast on Saturday.

But the storm is expected to come closer to the island after then.

The Bermuda Weather Service (BWS) said it was not considered a threat to Bermuda, at this time, but the Emergency Measures Organisation (EMO) announced it is monitoring its track.

“While the Bermuda Weather Service notes that the storm’s track will continue to fluctuate as the week progresses, the ministry takes this opportunity to remind the public that Bermuda is in the midst of hurricane season, and encourages the public to use this opportunity to update their storm supply kits,’ a National Security Ministry spokeswoman said.

“The ministry notes that the EMO is prepared and stands ready to convene should Hurricane Florence’s forecasted track pose a threat to Bermuda.”

“This complex pattern leads to uncertainty in the track and intensity of Florence, beyond five days, and although Florence is not a threat to Bermuda at this time, it will need to be monitored.”