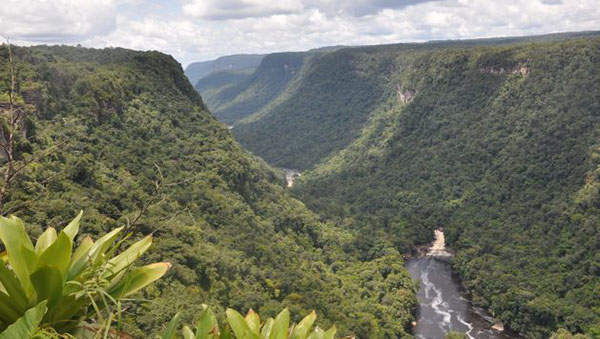 About 80 percent of Guyana’s forests, some 15 million hectares, have remained untouched over time. The country is making plans for a green economy while also looking to exploit its fossil fuel reserves. Photo credit: Desmond Brown/IPS.

GEORGETOWN, Guyana September 5, 2018 — Guyana is forging ahead with plans to exploit vast, offshore reserves of oil and gas, even while speaking, eloquently, of its leadership in transitioning to a green economy, at a recent political party congress, addressed by the country’s president, David Granger.

The mixed signals on plans for a green economy have increased in the past year, in the wake of a 2015 discovery, of what has been termed, one of the largest discoveries of oil and gas, 120 miles off Guyana’s shores, which saw major international oil companies vying for exploration rights, even as the government began work on a Green State Development Strategy.

Central to the Green State Development Strategy (GSDS) is “the structural transformation of Guyana’s economy into a green and inclusive one [that] will recognise the economic value of the extractive sectors, instituting measures to ensure their environmental sustainability, while facilitating new economic growth from a more diverse set of inclusive, green and high value-adding sectors”.

In line with its goal to transition to a green economy, Guyana entered into a seven-year partnership with Norway, for a REDD+ investment fund, on the basis of its 19 million hectares of forest, with a carbon sink capacity of 350 tons/hectare, in what it described as “the world’s first national-scale, payment-for-performance forest conservation agreement”. The USD250 million investment fund from Norway is earmarked for pioneering Guyana’s Low Carbon Development Strategy.

At the same time, government agencies of this small South American country, the only English-speaking one on the continent, gave some assistance to the International Labour Organisation (ILO), as it researched the most effective measures for ensuring the Guyanese labour force developed the skills needed in a green economy.

The ILO agreed to respond to IPS’ queries about the seeming paradox of Guyana exploiting its fossil fuel reserves, while making plans for a green economy, whereas repeated efforts, by IPS, to obtain an interview with Guyana’s Office of Climate Change were unsuccessful.

Andrew Small, the consultant, commissioned by the ILO to carry out the study on greening Guyana’s labour force, told IPS, via e-mail, that he thinks the country is indeed ready and positioning itself for a green economy.

He pointed to changes in the education curricula, at both secondary school and tertiary level, as well as efforts at encouraging climate smart agriculture. “Guyana is indeed a small country, but a major contributor to the global effort to reduce carbon emissions from economic and social activities,” he said.

He also pointed out the move, by some large businesses, to incorporate renewable energy into their buildings and processes, and an attendant move, by the government, to enable further uptake of renewable energy.

“In particular, the Guyana Energy Agency and Guyana Power and Light Company are leading the final draft and implementation of the Draft Guyana Energy Policy (2017) and Guyana Energy Sector Strategic Plan (2015-2020), respectively. These policies outline anticipated energy demand, an optimal energy mix for Guyana, including a 100 percent increase in renewable energy sources, aligned to Guyana’s transition to an environmentally sustainable economy,” he said.

However, with an estimated four billion barrels of oil in its waters, the pull of oil money has been creating a shift in focus for some, who might, potentially, have taken up working in green jobs. Small admits, “The shift is already happening. The magnitude of this sector will attract many highly-skilled Guyanese. There have been some local concerns expressed about this, in particular, in the case of engineers from the Public Infrastructure Ministry or [with regard to those] who would otherwise seek employment with this Ministry among others.”

Apart from labour market concerns, it remains to be seen how Guyana will live up to its Nationally Determined Contributions, tabled last year. The country promised “to avoid emissions in the amount of 48.7 MtCO2e annually, if adequate incentives are provided”, on the basis of its forest cover.

If the four billion barrel estimate given is correct, Guyana’s reserves, alone, represent almost four-fifths of the Intergovernmental Panel on Climate Change’s 2007 estimate of the amount of energy that will be generated by Latin America’s industrial sector, including its fossil fuel industry, in the years leading up to 2030.

The IPCC estimates the approximately 33 EJ of energy (roughly equivalent to 5.4 billion barrels of oil) Latin America will generate, up to 2030, will result in 2,417 MtCO2 emissions, making Guyana’s promises, in support of the Paris Agreement, inconsequential in the light of emissions its billions of barrels would produce.

Still, the ILO Caribbean’s Enterprise and Job Creation Specialist, Kelvin Sergeant, told IPS that the impact of oil and gas exploration on the green transition could go either way. 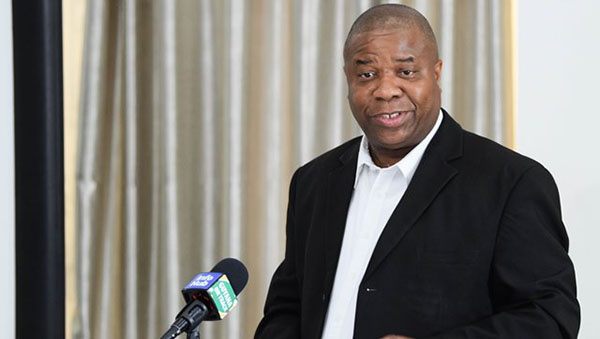 “It can be positive or negative. Positive if the resources from the oil sector are used to develop the green economy and ensure sustainability of the environment and the rest of the society, especially the more vulnerable in the society. If this is not done, then there could be many new problems in the future,” he said.

The ILO commissioned the “Skills for green jobs” in Guyana study, which was completed in 2017, because his organisation believes a green economy is a sustainable one. “The ILO places great emphasis on greening of the economy and green jobs. This is critical towards sustainable economies and societies,” Sergeant said.

The focus on fossil fuels “can be only detrimental if there is no trickling down of the gains from the oil sector The whole process has to be carefully managed to avoid Dutch disease and other problems, which have plagued Caribbean countries that have oil,” he said. “There needs to be careful policies, which ensure that everyone benefits from the oil finds.”

But Sergeant remains upbeat about the future of Guyana’s green economy. He said the focus on fossil fuel exploration does not mean efforts to promote green skills for a green economy are pointless. “It does not have to, if the guidelines for a just transition are followed.”