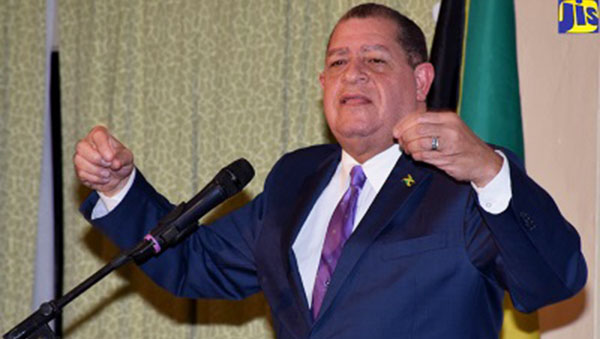 KINGSTON, Jamaica, September 6, 2018 (CMC) – The Jamaica Chamber of Commerce (JCC) is warning that the re-imposition of duties or the imposition of a cess on imported white sugar, could drive up the cost for local manufacturers.

“We call upon the minister to share with the appropriate authorities, specifically law enforcement, all the evidence that he has gleaned, including the identities of the entities and individuals involved,”  the JCC said as it reacted to the statement, by Industry, Commerce, Agriculture and Fisheries Minister, Audley Shaw, that he was in possession of more than anecdotal evidence that sugar imports meant for the manufacturing sector have illegally found its way into the distributive and retail sectors.

In a statement, the JCC said that while it fully supports the law taking its course, without fear or favour, it is also calling on Shaw to share with the appropriate authorities, all the evidence that he has, regarding the illegal importation of refined sugar into the country.

Shaw told a meeting of sugar shareholders, earlier this week, that manufacturers are to be blamed for growing declines in the sugar industry, because of their access to duty-free import refined sugar as raw material.

He is proposing re-imposing duties on sugar, meant for the manufacturing sector, but intends to reimburse legitimate manufacturers, within a 30-day period.

The JCC said that it strongly supports the decision for any business operators or public sector employees in the border agencies involved in the commission or facilitation of such illicit trade, if evidence is available, to be subjected to the full weight of the law, but said that the re-imposition of duties or the imposition of a cess would drive up the cost for local manufacturers.

“Our nation needs fewer, not more, obstacles in the way of stimulating business growth and sustainability,” it said.

Shaw said that more than 30,000 tonnes of locally-produced sugar was sitting around in warehouses, which cannot be sold, while illegally imported sugar was finding its way into the market.

“One of the things that are militating against the success of the industry right now, is the illegal importation of sugar. Some years ago, the decision was taken to give manufacturers duty-free entry of sugar into the country for the manufacturing process.

“I am now satisfied that there is more than anecdotal evidence that white (processed or granulated) sugar that is being brought in for the manufacturing sector on an increasing basis, is finding its way into the domestic market. Not by way of the manufacturing processes, but directly, finding its way on to supermarket shelves and corner shop sellers, across this country,” Shaw said.

The minister has since held talks with the Jamaica Manufacturers and Exporters Association (JMEA) and, according to its president, Metry Seaga, Shaw would be issuing a statement, Thursday “that will clearly state that there will be no duty placed on sugar for manufacturers’ use coming into Jamaica and that we have found more appropriate and better ways to deal with the issue – if it exists”.