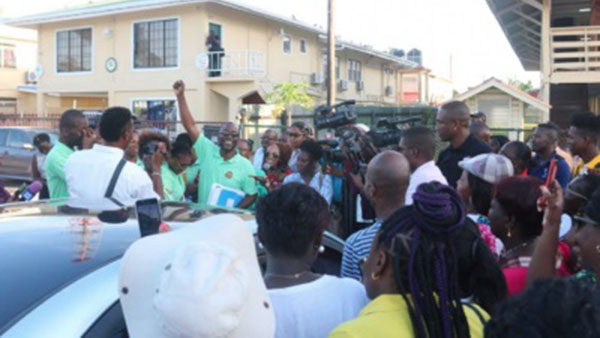 GEORGETOWN, Guyana, September 6, 2018 (CMC) – The Ministry of Education and the Guyana Teachers Union (GTU) have agreed to send their industrial dispute to arbitration, paving the way for striking teachers to end their action and resume their duties, on Friday, Chief Labour Officer, Charles Ogle, has said.

The two sides met, today, in the latest effort to reach an agreement on the wage dispute that has resulted in teachers staying away from classes at the beginning of the new school term.

Ogle said the government did not make any new offer to the GTU during the talks.

The decision by the arbitration would be binding on both sides.

GTU President, Mark Lyte, who addressed teachers following the talks, said his members would return to their classrooms, on Friday, and that there should be full resumption of duties by Monday.

He declared victory for the union in its quest to take the long-running dispute for increased salaries and allowances to arbitration.

As part of the agreement for resumption of duties, no deductions will be made from the salaries of the teachers for the days spent on the picket line and there will also be no loss of seniority.

Additionally, the two sides have agreed for there to be no victimization by either side.