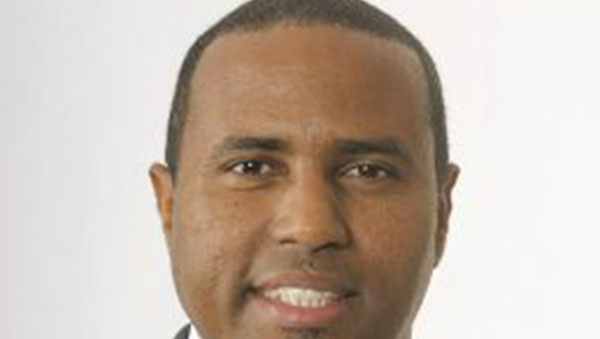 Dr. Justin Ram, Director of Economics of the CDB, said the grant is "critical to unlocking the growth potential of the Barbadian economy, and improving the country’s economic performance".

BRIDGETOWN, Barbados, September 12, 2018 (CMC) – The Barbados-based Caribbean Development Bank (CDB), on Monday, said it had approved a US$400,000 grant to help the Barbados government further develop its economic reform program.

The CDB said that the approval sets into motion the Bank’s plan to support the country’s return to sustained economic growth.

The technical assistance project aims to enhance the capacity of staff in the Ministry of Finance, Economic Affairs and Investment to adequately design, negotiate and support the implementation of critical macroeconomic and structural reforms. Further, it is expected to strengthen Barbados’ macroeconomic policy and planning, the CDB said.

“This project is critical to unlocking the growth potential of the Barbadian economy, and improving the country’s economic performance. CDB is pleased to support the government of Barbados in its efforts to restructure the country’s debt and focus on creating conditions for the return of sustained economic growth,” said Dr. Justin Ram, the CDB’s Director of Economics.

“CDB expects this project to play a significant role in supporting prudent macroeconomic policy formulation and efficient decision-making. It lays the foundation for further economic reform assistance to Barbados from the Bank,” said Ram.

“We commend the government on the creation of the Barbados Economic Recovery and Transformation Plan and the successful negotiation of a Staff-Level Agreement with the International Monetary Fund, which are important steps in the right direction towards sustainable economic recovery for Barbados. We anticipate the continued support of the international development community for Barbados, along its path to economic recovery, transformation and growth,” he added.

When completed, the program is expected to focus on the implementation of reforms to generate and entrench improved fiscal performance. Additionally, it will seek to improve external performance and drive growth, by addressing critical infrastructure gaps, and strengthening the regulatory and institutional environment within which the private sector operates. Moreover, it will place emphasis on mitigating any potential negative impacts the implementation of the program could have on the most vulnerable groups of the society.

The CDB said that the technical assistance project will take into account lessons learnt from similar CDB-funded interventions that supported Ministries of Finance in Jamaica and Grenada.

“It is consistent with the Bank’s corporate priorities of strengthening evidence-based policymaking, and improving economic, fiscal and debt management,” the CDB added.

Last week, Barbados and the International Monetary Fund (IMF) said they had reached an agreement that will result in the country being given access to almost US$300 million to support a homegrown program, aimed at helping the country out of its economic troubles.

Prime Minister, Mia Mottley, and Deputy Division Chief of the Caribbean II Division of the IMF, Bert van Selm, made the announcement of the 48-month Extended Fund Facility, during a joint media briefing, on Friday, following discussions on financial support for the Barbados Economic Recovery and Transformation (BERT) plan.