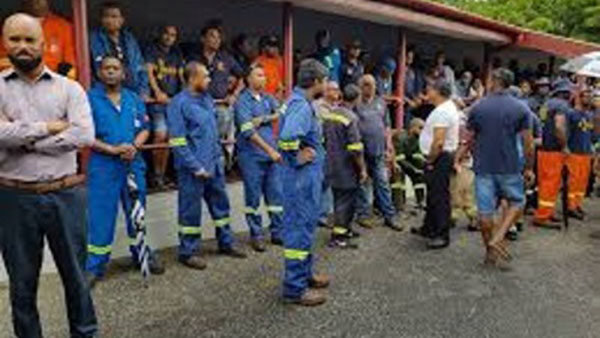 More Than One Billion Dollars In Compensation Package For PETROTRIN Workers?

PORT OF SPAIN, Trinidad and Tobago, September 18, 2018 (CMC) – The Trinidad and Tobago government, yesterday, said the compensation package for workers, being laid off by the closure of the oil refinery of the state-owned company, PETROTRIN, could be more than one billion dollars.

But Energy Minister, Franklin Khan, speaking in the Senate said, while he would not want to provide an accurate figure, the workers’ representatives, the Oilfields Workers Trade Union (OWTU), and the PETROTRIN board of directors met, today, to discuss termination packages for the affected workers.

“I personally said the packages will cost upward of one billion dollars, and if you take the collective agreement and you do some basic calculations, it is obviously more than one billion.

“But the government and the board of PETROTRIN (are) willing to sit down with the union and go through all the numbers and possibly offer some enhancement to that package,” he told legislators.

Last month, the government announced that it would be closing down the oil refinery, after indicating that it was losing an estimated two billion dollars, annually.

The Keith Rowley administration said that more than 2,500 workers would be laid off, as a result, and Khan told the Senate that the figure was 4,700.

“The termination packages and the benefits therein, are currently being negotiated by the board of PETROTRIN and the Oilfield Workers Trade Union, and a meeting is carded for tomorrow. So in a sense, I wouldn’t want to pre-empt or prejudge what package they will come up with.