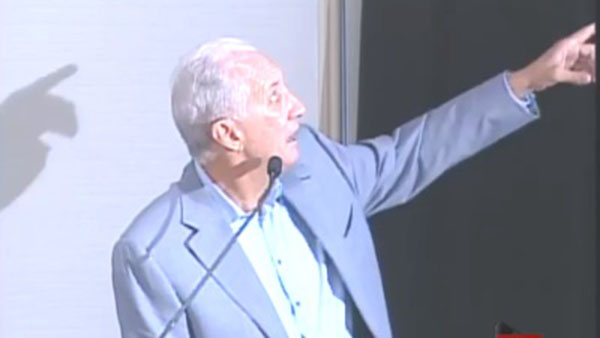 PORT OF SPAIN, Trinidad and Tobago, September 18, 2018 (CMC) – The state-owned oil company, PETROTRIN, today, said that all employees will be put on the breadline when the company shuts down its loss making oil refinery, later this year.

PETROTRIN chairman, Wilfred Espinet, defended the decision to shut down the refinery and send the workers home, saying that the company was losing billions, annually.

He told reporters that the company had made it clear to the Oilfield Workers Trade Union (OWTU), on the day that it presented the policy to shut down the refinery and re-organise the company, that “it was intended that everyone would go home and the company will be re-hiring the people that will fit the skills and the conditions for the work that is going to be done, under the new E7P (Exploration and production) division”.

“The company did not know whether or not the skills that will be required for it are going to be inside of PETROTRIN now,” he said, noting that the various reports, done on the company in the past, “had indicated that you have a problem with the skills and the practices that now go on”.

“What happened over time, as you increase your workforce …what you did was reduce the responsibility of workers and therefore you needed more workers to do everything. So it was a numbers game and, in doing that, you have to change all of these work habits and everything now; these have got to be redone according to what is the standard of the industries,” Espinet told reporters.

In an August 28 statement on the closure, PETROTRIN said “approximately 2,600 permanent jobs will be affected—the redesigned Exploration and Production business will have approximately 800 workers and all 1,700 jobs in refining will be terminated”.

But when he addressed the nation, on September 2, announcing the decision of his administration to shut down the oil refinery, Prime Minister, Dr Keith Rowley, said, “in refining and marketing, approximately 1,700 permanent workers will be affected. In Exploration and Production, employment levels are to be reduced from 1,700 workers to approximately 800 persons”.

Espin said that there’s a 3,400 permanent workforce in PETROTRIN (but) “if you ask me, today, how many employees we have in PETROTRIN, I could not tell you because….that’s a number that keeps moving in the temporary workforce, all the time, on a daily basis.

“In fact it could operate, twice or three times a day, given that you have three different shifts,” he added.

The OWTU has said that the figure is much more than the 4,700, as quoted by the government, maintaining its position that the idea has always been to curtail the activities of the union, as well as sell off the plant to preferred bidders,.

OWTU president general, Ancel Roget, said that the union has not received any acknowledgment from the government regarding its latest offer to lease the oil refinery in a joint venture exercise.

Espinet told reporters that the workers “would be re-hired at very competitive rates, because we are not the only people who operate on E&P in Trinidad and Tobago”.

Espinet defended the policy to shut down the refinery, saying it was “relevant at a particular time”.

“The question the board has had to face now is how relevant it is now,” he said, adding that “this predicament does not leave us with an option, because we have TT$20 billion to find,” he said, noting that would mean that every Trinidad and Tobago national would, over a five year period, “have to put (in) $14,600”.