New in Pride
Home / National News / Much Ado About Blackness 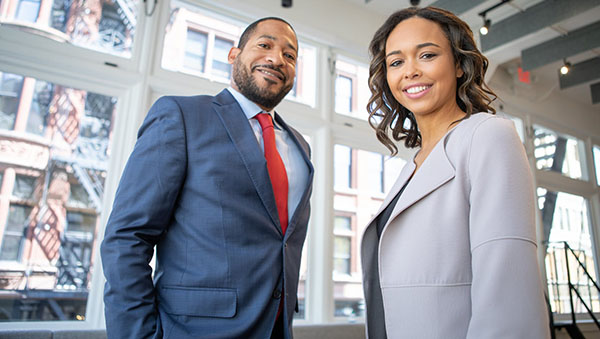 Today’s Black man, woman and child, need to understand "what their forefathers quickly realized, just 50 or 100 years ago: even in the face of all the earned social and racial advances, Black people are still considered the inferior and scary 'other' -- unwanted and to be penalized".

Much Ado About Blackness

In order for the youth, and obviously ignorant among us, to be aware of how Black people have been abused, marginalized and arrested for being in the wrong place at the wrong time, we often instruct them to open a history book. This is in addition to viewing documentaries, the Internet, visiting museums and even talking to living and breathing people, who remember the bad old days of racism and segregation.

Sadly, the group of folks, who witnessed first-hand some of these injustices, where Blacks could live, worship, marry, attend school, work, and be denied the right to vote, are on the verge of making the transition.

There are others who can recall how they were beaten by or harassed, by White citizens or police, who questioned their presence in a neighborhood or city, where “they did not look like they fit in”.

Once upon a time, “sundown” towns existed, both in Canada and in the South and North of the United States of America — a Black face “better not” be seen after “the sun went down” or they would have the police called on them, to be jailed or worse. www.nytimes.com/2010/01/07/opinion/lweb07sundown.html

In her meticulously-researched and compellingly-analyzed 2017 best seller, Policing Black Lives, Robyn Maynard explains that “sundown” laws and other bylaws existed in many Canadian cities, which required Blacks to be in their homes, or out of town altogether, by a certain time of day, effectively criminalizing their existence, outside of providing exploitable labor.

Whites were taught, and fear was instilled in them, based on the circulated ideas that Black people were dangerous and posed a threat to the safety of Whites.

Today, the media and courts may inquire about how a Black person could be shot dead by a police officer, “who feared for his life”. Mostly White juries have been shown to side with the officers.

Now in the last four months — not seven and a half decades ago — the police were called to remove two Black men, who were waiting for a friend in a Philadelphia Starbucks. At a Waffle House Restaurant in Alabama, Chikesia Clemons, a Black woman, who asked for the phone number to file a complaint with the restaurant’s corporate office, had the police called on her to restrain her. In Oakland, California, a White woman summoned the police on a group of Black people, who she said, were not allowed to barbecue at the city-owned site.

In April, in Toronto, Canada, a restaurant owner was ordered to pay a Black man $10,000, after asking him to prepay for a meal. Staff “motivated by a stereotype that Black persons are criminal or deviant”, said the judgment. This ruling also serves to highlight a growing push in Canada to address issues of systemic racism and discrimination.

While the country is hailed for its diversity and inclusion — and often compared, favourably, to the United States on both metrics — critics have contended that the sunny image belies a grimmer, daily reality for many: Canada’s Black prison population is the fastest-growing inmate demographic, and Black people are disproportionately targeted in police shootings.

How about the 69-year-old Black granny, who was cursed and manhandled during a traffic stop, by James Legg, a Georgia State Trooper.

Now let us broaden the theme: what about political plots, related to GOP state officials, seeking to devise schemes to deter Black people from voting? Formerly it was the Klu Klux Klan or the poll tax that was used to achieve this goal. Now it’s rigged voting districts, where only White and Republican voters can assure politicians, hostile to civil rights, a seat in a lawmaking body, for years.

What about those Black children, who are said to be disruptive, having the police, rather than a staffer, summoned to deal with their behavior? They are suspended, expelled and removed from the public schools for infractions, which are handled more gingerly, if they were not Black.

In Canada, Black Torontonians have been subjected to disproportionately high rates of carding, excessive force, in-school policing and incarceration. In other provinces, school boards have streamlined Black youths to low-skill courses. Walking, driving or shopping, while Black, has also been added to the new wave of hostility.

It is obvious that the mainstream culture did not get the advisory, that if you encounter a Black person in a public space, especially a Black male, that he is not there to rob or perpetrate other breaches to anyone’s personal safety. These Black folk may want to buy a coffee, be served some fast food, check out a house in a certain area, or drive an elegant, overpriced vehicle.

Blacks became a threat because they were moving forward, decades after slavery ended. In fact, they became so much of a threat that they had to be kept “in their place” by police or mobs. Remind you of any recent trends?

Now history is being repeated, and is read as the top story on the radio or television, or emblazoned in big headlines, across the front of newspapers.

Do we need a history book, documentary or the painful memories of the elderly, to give today’s generations of Black people a reality check on how being in the wrong place, driving the wrong make of car, or standing up for yourself, can lead to being arrested and brutalized, as quickly today, as years gone by?

These events reveal to today’s Black man, woman and child, what their forefathers quickly realized, just 50 or 100 years ago: even in the face of all the earned social and racial advances, Black people are still considered the inferior and scary “other” — unwanted and to be penalized.

Blacks had better, quickly and practically, determine ways to use the legal, political and economic resources available today, to combat the sanctions being imposed on us for Driving, Eating,  Walking, Shopping/Browsing, Standing in our own yard or garage — While Black

How we respond will reveal who we are as Blacks, not only in 2018, but way beyond.

But more telling is how far we have come as a people since slavery.