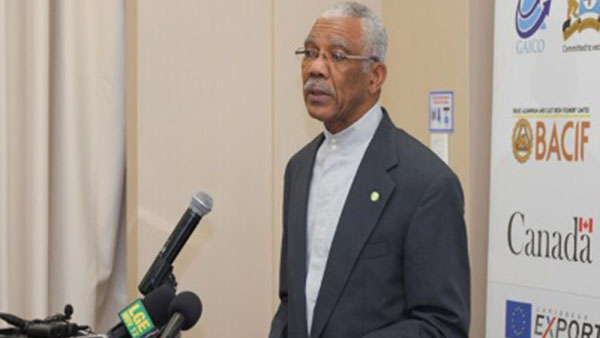 The announcement comes on the heels of the country signing a Memorandum of Understanding (MOU) with Trinidad and Tobago, yesterday.

Granger, addressing the inaugural, Guyana Trade and Investment Exhibition (GuyTIE 2018) on Thursday, said the decision was taken, following attendance at the Ninth Meeting of the Prime Ministerial Sub-Committee of the Caribbean Single Market and Economy (CSME) in Barbados, earlier this month.

The combined land space of the countries of the Caribbean Community is almost equivalent to that of Sweden, and President Granger pointed out that this has the potential for increased intra-regional trade.

He noted that intra-regional exports, at the end of 2014, stood at a 13.1 percent of total regional exports of US$22.3 billion. Granger said the region’s estimated US$4.5 billion annual food-import bill could be slashed.

However, he noted that there is a need for intensified collaboration between local, regional and international firms to grasp opportunities, which can provide a platform for global market penetration.

“Guyana’s economic development has been constrained, historically, by the small size of its population, small domestic markets and the small range and volume of primary commodity exports. These have made its economy highly vulnerable to exogenous economic shocks,” Granger observed.

He added that CSME, which allows for free movement of goods, skills, labour and services across the 15-member regional integration movement, as the way to build more resilient economies, not only in the Caribbean, but also locally.