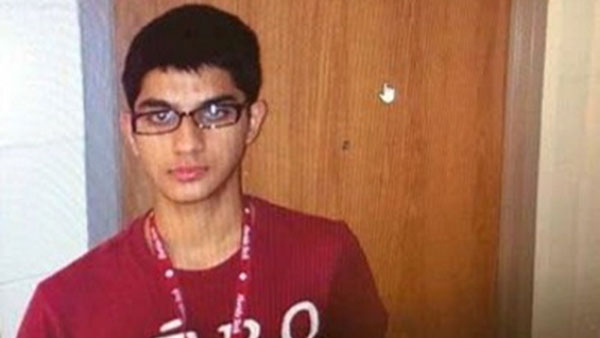 Nishal Sankat, a dual citizen of Canada and Trinidad and Tobago with no criminal history, was charged with criminal theft of an aircraft, criminal trespassing and visa violation, the police said.

PORT OF SPAIN, Trinidad and Tobago, September 21, 2018 (CMC) – The former principal of the St. Augustine campus of the University of the West Indies (UWI), Professor Clement Sankat, has confirmed that his 22-year-old son had been arrested in the United States, with trying to steal a passenger jet at an Orlando airport.

US law enforcement authorities said that Nishal Sankat, had parked his car about 150 yards from the plane, early on Thursday, and kept it running before jumping the airport fence.

Orlando Melbourne International Airport spokeswoman, Lori Booker, told reporters that after he reached the flight deck of the plane, two technicians and two security guards detained him before he could attempt to start the aircraft.

“We are pretty proud of the security success that we had. Within two minutes, not only was he challenged, stopped, detained and arrested, but we prevented much further from happening.”

The American Airlines plane was at a maintenance facility for the installation of broadband WiFi, a spokeswoman for the airline said in an email.

Professor Sankat told the Trinidad Guardian newspaper he could make no comment on the matter as he had little idea of what occurred. However, he did confirm that his son had been “very depressed”, earlier this week.

Sankat was charged with criminal theft of an aircraft, criminal trespassing and visa violation. He is a dual citizen of Canada and Trinidad and Tobago with no criminal history, the police said.

Professor Clement Sankat says the focus of his family now is to provide “all the legal, mental, emotional and parental support possible” to his 22-year-old son.

In a brief statement, the family said they “appreciate the many inquiries and calls of support they have received, as they go through this extremely difficult period.

“At this time, they have not yet been able to speak with their son, and since they have limited information, are still trying to ascertain all the facts surrounding the incident, and his well-being. As expected, their focus right now is on providing all the legal, mental, emotional and parental support possible,” the statement said.

The family said that what has occurred “acutely underscores to the family, the need to be aware of the challenges young students face, especially those living away from home and family”.