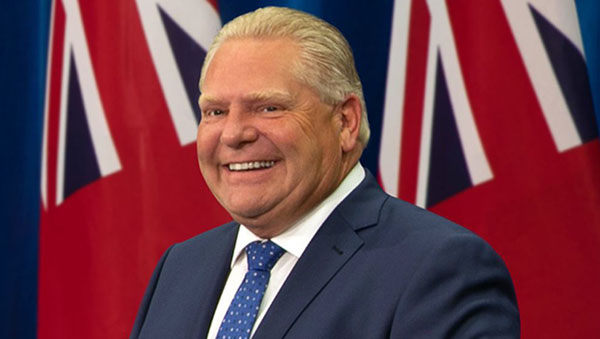 TORONTO, Ontario October 3, 2018 — After the Ontario Court of Appeal recently ruled that Toronto’s upcoming municipal election would go ahead with 25 wards instead of 47, the province turned its attention to the city’s waterfront.

There’s speculation Premier Doug Ford has a personal interest in reviving the idea of a casino on the city’s waterfront.

In 2013, when Ford was a councillor, Toronto city council rejected a downtown casino in a near-unanimous vote. Likewise, municipalities in the pre-amalgamated Toronto fiercely opposed the creation of a casino in 1997.

Renewed provincial interest in pushing the deeply-unpopular idea forward may give us a hint into why the Ford government was so determined to shrink Toronto city council.

After the court’s decision was released, government House Leader, Todd Smith, told reporters that having a “streamlined council” would allow the government to “move forward with all of our election promises”.

This reaction should make us fear for the power of local governments not just in Ontario, but all of Canada.

The Court of Appeal’s dismissal of the impact of the diminished number of wards in Toronto, as merely “inconvenient”, displays a lack of understanding of the way these local democracies work.

Unlike provincial and federal candidates, aspiring and elected municipal councillors must speak to voters about their streets, their community centres, development applications in their neighbourhoods. While there are many issues that matter across the city, local politics is just that: local. These local issues are often what voters want to talk about at the dinner table, at the door and on the street.

Now what?
In the City of Toronto, the answer is clear: like all municipalities, city council is a level of government deserving of recognition and autonomy.

Many residents are disappointed the election will go forward on October 22 with 25 wards. Even so, it’s important to forge ahead and seize this moment to affirm and expand the meaning and practice of local democracy. 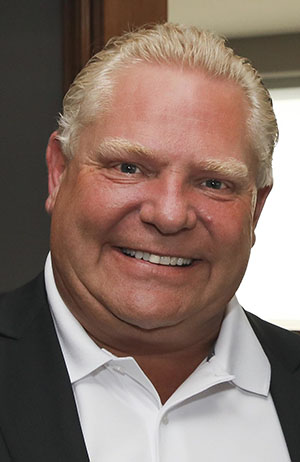 The complex work of municipalities is everywhere in our day-to-day lives. City governance can look chaotic and messy from the outside. But we should not mistake messiness for ineffectiveness. Indeed, much of the appearance of messiness pertains to the transparency required of municipal councils compared to provincial or federal governments.

While city councils must deliberate most issues in the open — in council chambers, or at planning meetings and community consultations — provincial cabinets meet behind closed doors, spending unknown hours or days deliberating out of public view. Even the “open” nature of debates in the Ontario legislature has been limited recently, with galleries cleared during debates over the Toronto legislation.

More mess, not less
The City of Toronto and its residents should use the new 25-ward model to push for other forms of local democratic decision-making.

Toronto city council is far from perfect. Indeed, regardless of the chaos caused by Bill 5, local governance can be galvanized through the empowerment of community councils and local planning bodies. Toronto already has four delegated community councils that make decisions and recommendations to council about a range of issues.

We can learn a lot from how the 2013 casino debate unfolded, when the Toronto-East York community council played a crucial role by examining in detail the effects on local communities regarding traffic, addiction and businesses.

There are many important issues best dealt with at the local level; hence the growing importance of local governments across Canada. On crucial issues like climate change, cities have emerged as some of the most effective actors globally.

Local governments have also been at the forefront pushing for more affordable housing and better transit.

Some argue that we should rethink Canada’s Constitution in the wake of Ford’s successful move to shrink Toronto city council. The Federation of Canadian Municipalities stated recently: “Local governments are building a more liveable, competitive Canada. We are ready to have an important conversation about greater municipal autonomy, and the tools needed to support it.”

Changes should start at home, by building strong and vibrant democratic structures in our neighbourhoods and communities.

Torontonians — not the province — should decide whether to have a casino on the city’s waterfront.

City councillors and the public were best able to speak to the consequences of a downtown casino in 2013. They still are. The key to improving city governance is to add more democracy, more openness and more messiness — not less.