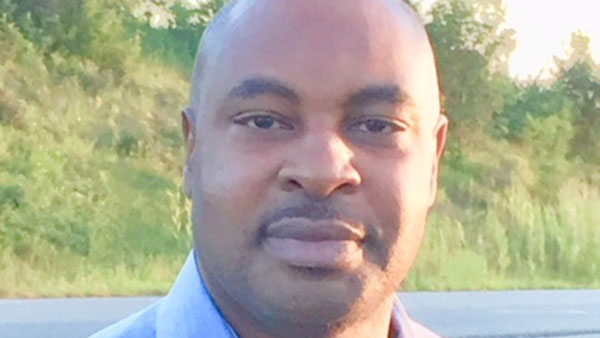 With the municipal election less than two weeks away and early voting beginning on Thursday, Fitz-Roy Gordon is busy canvassing, door-to-door, meeting residents and attempting to push their votes his way.

VAUGHAN, Ontario October 9, 2018 — His students refer to him as “Mr. Gordon”, his friends call him “Fitz”, he’s known, widely, as Fitz-Roy Gordon, but this election, he is campaigning for the title, Councillor, Ward 1.

Gordon, one of many new candidates in the upcoming municipal election, is running in the City of Vaughan, against a two-term incumbent and four other candidates.

The city has been plagued with multiple issues, pertaining to the African-Caribbean community, over the past few years.

Most recently, a Caribbean event, headlined by soca royalty, Machel Montano, had its permit revoked, hours before the event, leaving ticket holders, promoters and artists upset at the city and those in charge. 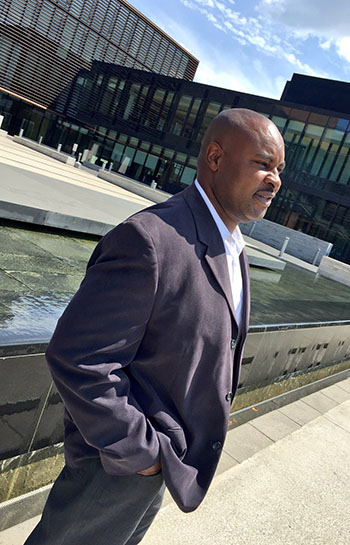 In 2017, a Vaughan parent, Charline Grant, was called the N-word by a school trustee, who was forced to apologize, after a strong and decisive campaign, organized by community organizations in the city.

“The city has become a cultural mosaic, within the last 15 years. Like many cities, voters want to see diversity at City Hall. Representation matters,” said Gordon, in a media release. “We have some serious issues; we need to address them.”

Gordon has spent his career working in the Rexdale, Albion and Jane and Finch area as a Vice-principal and credits his experience, as an administrator, in helping to shape his decision to run for public office.

“I work with a diverse community with unique needs. I am committed to making sure I am meeting the needs, of not just my students and teachers, but our parents and broader community. I have to work cohesively with stakeholders, from various agencies, to ensure my students are thriving and succeeding. This is the same level of care and commitment I am bringing to Vaughan. I work to serve others, that’s what I know and that’s what I love,” he stated.

“Being able to serve the residents of Vaughan, from all backgrounds, is something I am looking forward to. I live in a great city, but we have challenges. We need to have a new perspective at city hall. We’ve had the same elected officials for decades, in some cases. Collectively, the incumbents have been in office for 100 years; it’s time for change,” Gordon added.

With the election less than two weeks away and early voting beginning on October 11, the vice-principal is busy canvassing, door-to-door, meeting residents and attempting to push their votes his way.

With eye-catching T-shirts, dozens of volunteers and canvassing campaigns, like “Blitz 4 Fitz”, and “Pitch for Fitz”, Gordon is telling voters why he is the best choice in this election.

With growing support in Vaughan, he said he is hearing from voters at the door, who agree that it’s time for change.

For his colleagues, students and their parents, they will always see him as the Mr. Gordon, who greets students every morning, facilitates staff meetings and meets with parents to help their children succeed.

“Mr. Gordon is the best Vice-principal. He’s going to make an awesome Councillor. We are behind him 100 percent,” says a member of the parent council, who has two boys at his school. “Even when he is a Councillor, he will always be Mr. Gordon to us.”