New in Pride
Home / Business & Money / Cannabis With Your Coffee? Ontario Could Have Thousands Of Ganja Retailers 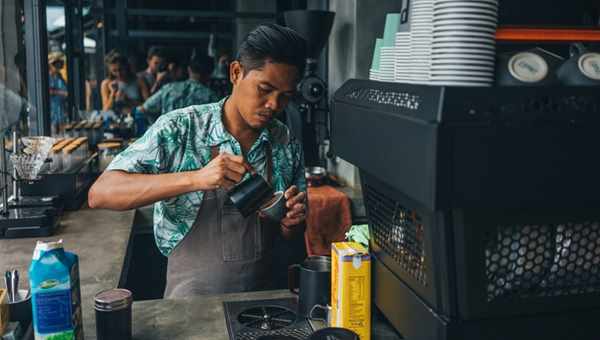 Coffee cafes could begin selling ganja, in light of a decision by the new provincial government to allow private retailers to sell the drug. Photo credit: James Connolly/Unsplash.

Cannabis With Your Coffee? Ontario Could Have Thousands Of Ganja Retailers

Legalized cannabis became law on October 17, but Ontario won’t have any cannabis stores until April. That’s due to the province’s recent decision to have cannabis outlets run by businesses rather than a government agency, although the agency opened a retail web site on the same day the legislation became effective.

In the meantime, the provincial government has many regulatory decisions to make about cannabis retailers. Those retailers could easily number in the hundreds or even thousands as many businesses enter the newly legal industry.

For starters, some cannabis growers naturally want to expand vertically into retailing. Aurora Cannabis is eyeing 100 potential stores. Canopy Growth wants as many Ontario licenses as possible, and already has some in Newfoundland, Manitoba and Saskatchewan.

Meanwhile, established retailers are expanding horizontally into cannabis. Second Cup may convert some of its 130 Ontario coffee outlets to cannabis. It’s already readying shops in Manitoba, Alberta and British Columbia. Grocer Loblaw is similarly preparing for sales in Newfoundland and Alberta, so Ontario could follow.

Illegal shops may want to be legit
Many existing illegal pot shops will want into the legal market, but they’ll find it difficult. Ontario’s insisting they shut down by Oct. 17 if they wish to — maybe — sell legally in April.

New cannabis vendors will also appear. Those could include retail chains, like Fire & Flower’s 37 Alberta stores, as well as independent mom-and-pop stores.

Given the wide interest, Ontario can expect far more than the 40 shops its previous Liberal government had planned. This leads to the first regulatory question: should the province cap the store count? Other provinces provide hints of what’s possible.

For instance, Saskatchewan limited itself to just 51 stores, chosen by lottery. Newfoundland’s aiming for 30.

No store cap in Alberta
By contrast, Alberta isn’t capping store counts, and already had 684 licence applications by mid-August.

Ontario’s numbers will presumably be higher in proportion to its larger population. Rationing licences like Saskatchewan and Newfoundland might give it 600 to 800 cannabis stores next year. That’s comparable to its 660 Liquor Control Board of Ontario outlets.

If Ontario instead matches Alberta’s openness, it could see over 2,200 pot shops. That’s similar to its 2,189 total alcohol sellers: LCBO outlets, beer and wine stores.

Industry structure?
Aside from store totals, should Ontario otherwise restrict the industry’s structure? For example, Manitoba is limiting the number of store operators. It’s initially licensed only four chains, though more may follow later.

By contrast, Alberta’s prohibiting anyone from holding more than 15 percent of its retail licences.

Meanwhile, both the Canadian Federation of Independent Business and the Association of Municipalities of Ontario want some Ontario licences reserved for small businesses.

Along with greater store numbers, Ontario can expect more variety. But that might be limited by both existing federal marketing restrictions and the province’s not-yet-determined rules.

For example, will Ontario only allow standalone cannabis shops? Or will it also permit smaller outlets within larger stores?

Most provinces are focusing on standalones. But many Nova Scotia cannabis “stores” are just walled-off sections of liquor outlets. Similarly, some Newfoundland outlets will sell cannabis the way they sell tobacco, from special counters within larger stores. 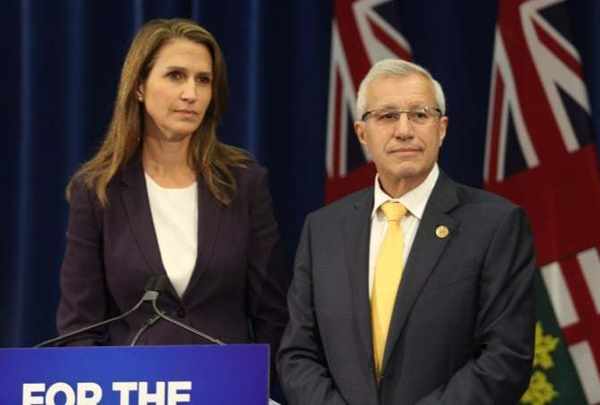 Grocers will want to sell
In Ontario, big grocers would presumably prefer this approach. Some already have wine outlets or beer aisles. They’d likely emphasize convenience and value but carry limited selections.

The provincial government must also decide whether to restrict stores’ sales methods. For example, can cannabis shops openly display products? Or must they hide them, as liquor stores did in 1928?

Retail employees will need to educate consumers about products, as federal law limits cannabis growers’ advertising. How much advice will “bud-tenders” be permitted to give? Will Ontario require product safety training, like its Smart Serve program for alcohol sellers?

Those employees should take care when travelling. As Canadians were recently reminded, American border agents can permanently ban cannabis workers from entering the U.S. So, if heading south on vacation, ensure your cars don’t display company parking passes or stickers. And don’t wear cannabis-brand clothing.

Will Ontario permit cannabis lounges where people can consume when not at home? Those would enable legal smoking for tourists, tenants and condo owners living in non-smoking buildings.

If not lounges for smoking, perhaps cafes for eating? Legal cannabis foods and beverages will arrive sometime in 2019. On-site consumption would particularly fit the coffee culture some retailers are targeting.

Like vineyards or brew-pubs
Then there are small-scale growers. Will Ontario let them sell their own products on-site, as vineyards and brew-pubs do? That could attract tourists and support small businesses.

In making these decisions, Ontario’s government faces several challenges. One is to create trustworthy regulations without micromanaging the retailers. That’s a balance governments often miss.

Another challenge is to simultaneously promote consumer health and industry health. Harm reduction is important, but so is a robust cannabis industry. Strong legal retailers will compete best against black markets. That’s why cannabis is being legalized in the first place.

Michael J. Armstrong is an Associate professor of operations research at the Goodman School of Business, Brock University.