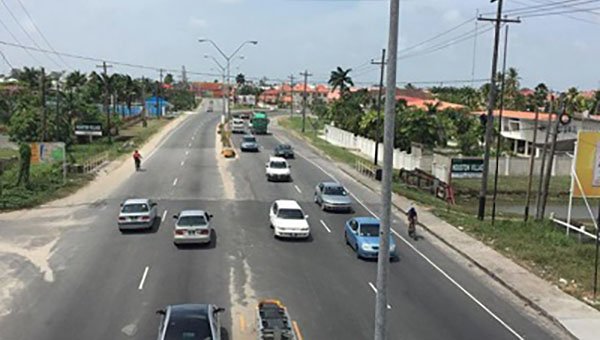 GEORGETOWN, Guyana, October 23, 2018 (CMC) – The Guyana government said, today, that it had secured a loan from India for the East Bank-East Coast Road Linkage project, while simultaneously improving the connectivity with the Ogle Airport.

A government statement did not reveal the amount of the loan, but said that the new road will reduce congestion by providing commuters with an alternative route, thereby improving safety and comfort.

It said that the new, local distributor road will also allow commuters to navigate around the outer city limits, reducing traffic congestion in Georgetown, as well as reducing the travel time between East Bank and Georgetown.

The statement added that the new road project is consistent with the Transportation Policy Proposal of the Greater Georgetown Development Plan (2001-2013), aiming to link the road networks on the East Coast Demerara (ECD), East Bank Demerara (EBD) and Georgetown.

It noted that the project has three distinctive stages and that stage one has been awarded to the consultant, RITES Limited, a government of India Enterprise for more than US$1.3 million.

The statement said that the final, detailed project report is expected to be submitted in April, 2019 with Stage Two beginning in July, 2019.

It said that the consultant has already submitted the Inception and Feasibility Reports, and that, based on submissions thus far, the approximate budget is almost US$ 104 million.

“The feasibility report has been submitted. We have re-examined it, they’ve had some comments, but I think, all in all, it has satisfied our needs, so that will be launched and that is a major accomplishment, having the designs for that road completed,” said Public Infrastructure Minister, David Patterson.