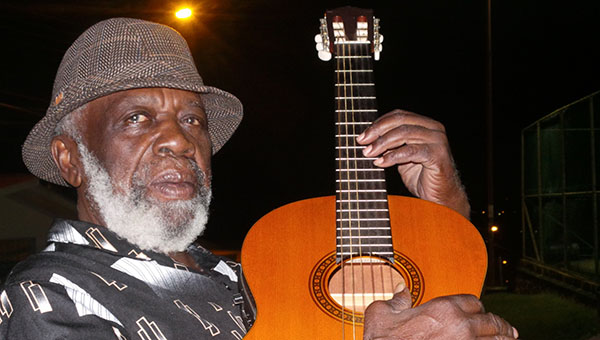 Mighty Shadow Dead At 77; Will Receive Honorary Degree From University Of The West Indies Posthumously

PORT OF SPAIN, Trinidad and Tobago October 23, 2018 (CMC) – The University of the West Indies (UWI) said, today, the honourary Doctor of Letters degree that would have been conferred on Winston Bailey, the legendary Trinidad and Tobago calypsonian, this weekend, will be presented at Saturday’s ceremony, in special tribute.

Bailey, also known as “the Mighty Shadow”, died at hospital, early today, following a stroke. He was 77 years old.

He was among five people, including former West Indian international cricketer, Shivnarine Chanderpaul, who were to receive honorary degrees from the University at the graduation ceremonies on Saturday.

“The University of the West Indies (UWI) joins the national community in mourning the passing of Mr. Winston Mc Garland Bailey, The Shadow, one of Trinidad and Tobago’s most prolific singers/songwriters. Mr. Bailey was scheduled to be conferred the degree of Doctor of Letters, Honoris Causa, for his contributions as a musical composer at the morning Graduation Ceremony, this Saturday,” the St. Augustine campus of the UWI said in a statement.

“Earlier this year, the award was offered to Mr. Bailey and he graciously accepted the University’s offer for the conferral of the degree. As such, the honorary degree will be presented at Saturday’s ceremony, in special tribute,” it added.

Campus Principal, Professor Brian Copeland, said, “The country has lost yet another super-creative citizen, one who re-energized the calypso and soca world with his unique rhythms, nicely woven into his cleverly-crafted commentaries on so many aspects of life and living.”

“I was proud to have witnessed his historic entry into the local arena in 1974 – his timing could not have been better. I am so very sad and disappointed that he passed, before he could collect his Honorary Doctorate scroll himself, on Saturday. May he rest in peace,” he added.

Born in Belmont, a suburb of Port of Spain, Bailey grew up in Les Coteaux, Tobago.

Chief Secretary of the Tobago House of Assembly (THA), Kelvin Charles, described Bailey as a musical genius, adding, he “will certainly be missed”.

“He was loved by many and his music appealed to a wide cross-section of society, spanning classes and ages. Trinidad and Tobago has lost another cultural icon who championed a successful career in the performing arts,” Charles noted.

Bailey won the Road March in 1974 with “Bassman” and 2001 with the tune, “Stranger”, making him the competition’s oldest winner.

Bailey was also the second person to win both the International Soca Monarch and the Trinidad Road March competitions, simultaneously, a feat he accomplished in 2001 with his song “Stranger”.

He won the Calypso Monarch in 2000 with “What’s Wrong With Me” and “Scratch Meh Back”.

He was awarded the Trinidad and Tobago Hummingbird Medal (Silver) in 2003.