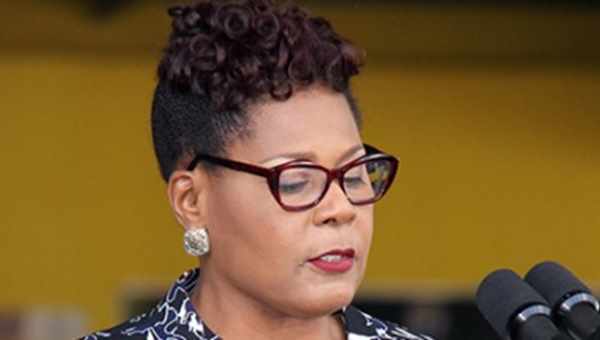 Trinidad and Tobago’s President, Paula Mae Weeks, said she was pleased the country was hosting “one of the best known instrument of Caribbean unity".

CARIFESTA 2019 Launched In Trinidad And Tobago

PORT OF SPAIN, Trinidad and Tobago, October 24, 2018 (CMC) – The 2019 edition of the Caribbean Festival of Arts (CARIFESTA) was launched, here, on Tuesday night, overshadowed by the deaths of two Caribbean cultural icons, one of whom, Winston Bailey, “the Mighty Shadow”, died, earlier during the day.

“It is also fitting for us, who gather to celebrate CARIFESTA and Caribbean culture, this evening, to pay our profound respects to two distinguished sons of Trinidad and Tobago and the Caribbean, two cultural icons, whose recent passing we mourn,” said Assistant Secretary-General at the Guyana-based Caribbean Community (CARICOM) Secretariat, Dr. Douglas Slater.

He said the region owed Bailey, who died following a stroke, and pan maestro, Ken “Professor” Philmore, after a vehicular accident, “a debt of gratitude for their sterling contribution to advancing the culture in the international arena.

“We celebrate their tremendous lives and their enduring legacy of excellence, creativity, songs and recordings, which will continue to be enjoyed by all of us and by generations to come,” Dr. Slater said.

CARIFESTA XIV will be held under the theme “The Tangible and Intangible – Connect, Share, Invest”, and Slater praised Trinidad and Tobago for its “willingness to invest, again, in this shared regional mega event”, adding that it “demonstrates Trinidad and Tobago’s unequivocal commitment to regional cooperation and vibrant community spirit”.

CARIFESTA, first held in 1972, is the Caribbean Community’s premier art and culture festival. Its main purpose, which was a mandate of the CARICOM leaders, is to celebrate the arts, foster a vision of Caribbean unity, while advancing Caribbean culture, regionally and internationally.

The event attracts artists and culture professionals from more than 30 countries in the region, and has been held 13 times across eight countries. It was last held in Barbados in 2017.

This is the fourth occasion that Port of Spain would be hosting the August 16-25 event and Trinidad and Tobago’s President, Paula Mae Weeks, said she was pleased the country was hosting “one of the best known instrument of Caribbean unity”.

“As home to what we consider to be the greatest show on earth, we could not be more enthusiastic to be part of this process,” she said, adding “tonight we celebrate creativity, one of the greatest assets of our region”.

“CARIFESTA has always been a Mecca for cultural performers from all across the region, and is a perfect showcase for the plethora of talent that resides in this tiny corner of the world. My expectations for next year’s festivities are high, given the impressive displays of creativity, energy and ingenuity that we have seen since 1972.”

The Head of States said she is excited at the prospects “and sees herself as the quintessential Caribbean woman, given the fact that she had been able to study and reside in several regional countries.

Earlier, the Minister of Community Development, Culture and the Arts, Dr. Nyan Gadsby-Dolly, said that since the first edition of CARIFESTA in Guyana in 1972, “this Caribbean showcase has emerged as a 10-day mega Caribbean festival of arts, which we can all look forward to with great anticipation”.

“CARIFESTA embodies Caribbean integration and it gives expression to the uniqueness of our Caribbean reality. It is here that the people of the region come together…and creating one community and one people,” she added.

The launch was highlighted by several cultural performances that the organisers said is a sample of what’s to be expected during the festival next year.