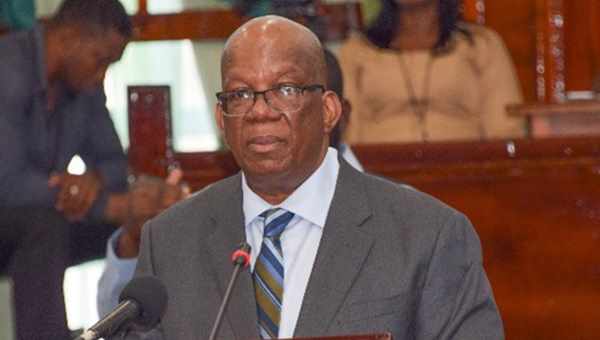 GEORGETOWN, Guyana, October 24, 2018 (CMC) – The Guyana government, today, distanced itself from the late payment of salaries to members of the joint and protective services, saying that the submission of inaccurate information was to blame for the situation.

Finance Minister Winston Jordan dismissed suggestions that the delay was due to unavailable finances, noting that the Ministry of Public Security’s payroll was released from the Ministry of Finance on Thursday, October 18.

He said a request note, indicating that insufficient information had been sent, the following day, to the affected departments, and that a letter for Budget approval sent to the Director of Budget on Monday, October 22.

Jordan said that approval was granted, and the funds released the same day, and that attempts to import the payroll, on Tuesday, October 23, highlighted several errors, resulting from incorrect postings during the year.

Jordan said that the staff worked into the night to correct the errors.

It said Jordan has assured that the processing of the payroll will continue, today, so as to rectify all errors and ensure salaries are paid to the joint services.

The statement said that the agencies affected include Guyana Prison Service and the Customs Anti-Narcotics Unit (CANU).