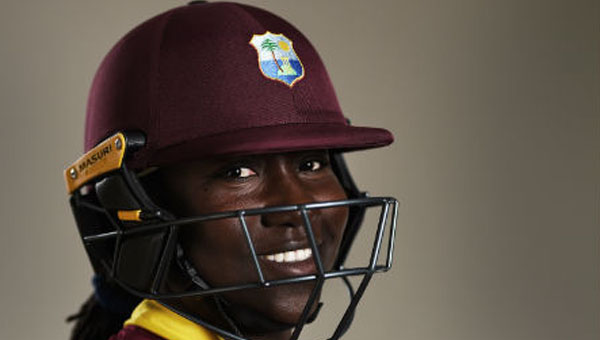 Stafanie Taylor's greatest moment of a glittering career, undoubtedly, was lifting the coveted trophy as the West Indies Women’s cricket team's captain, after her side upset Australia to win the 2016 T20 World Cup in India.

ST. JOHN’S, Antigua and Barbuda October 31, 2018 (CMC) – It has been an amazing journey for Stafanie Taylor — one that started in spectacular fashion 10 years ago.

That journey has seen a courageous girl, from the historic, former Jamaica capital of Spanish Town, grow to become one of the most recognizable and respected cricketers in the world. Now, she will take to the field, in 9 days time, to spearhead the West Indies (Windies )women’s cricket team in their defence of the ICC Women’s Twenty20 World Cup title.

For Taylor it will be a seminal moment: leading the home team, on home soil, in a global event, probably the biggest event for women in the region’s history, with a global audience of 200 million watching on.

She is not shy and certainly not one to back away from a challenge. She has featured on every poster, every billboard, every piece of advertising in the “Watch This” campaign, the official promotional drive for the T20 World Cup. Taylor, quite literally, is the face of the tournament.

The 27-year-old has encountered obstacles throughout her career but, according to the charismatic Jamaican, those have only served to make the taste of success even sweeter.

Her greatest moment of a glittering career, undoubtedly, was lifting the coveted trophy as West Indies captain, after her side upset Australia to win the 2016 T20 World Cup in India.

“Oh what a day … what a victory … what a moment! Winning in Kolkata (formerly Calcutta) was definitely the best memory … not just winning, but winning for the West Indies. That’s special. I’ve won other titles before, but winning that trophy for the people of the West Indies was amazing,” she said.

“… and what made it even more amazing, was the fact that the Under-19s won their World Cup, a few months earlier, and then the men’s team won on the same day we did. For us you could see the progression, from going to semi-final to semi-final, climbing the mountain. So winning in India was like reaching the mountain top.”

In the three previous tournaments in 2010, 2012 and 2014, Windies women had reached the semi-finals before bowing out, twice, at the hands of Australia.

On a warm and balmy day at Eden Gardens on April 3, 2016, Taylor put her hand up, with a measured 59 off 57 balls, to help stun the Aussies. She watched, in approval, as teenager, Hayley Matthews, made a career-defining 66 off 45 balls, to earn the Player-of-the-Match award and subsequently, international acclaim. Taylor received the tournament’s Most Valuable Player (MVP) award. 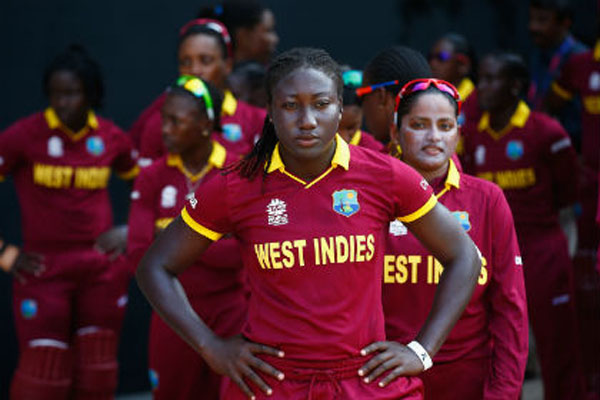 Stafanie Taylor and her Windies squad … will do battle in the first stand-alone T20 World Cup from November 9 to 24.

“It was a matter of the hurdles … and getting over those hurdles. The highest hurdle was the semi-finals, when we got over New Zealand,” she explained.

“We always reached the semis and lost, so we knew, once cleared, that we would be up for anything. I said to myself, the final would take care of itself, and it was just a matter of going all out. I could see after the first innings that our approach was spot on.

“To watch Hayley bat and make those runs and win it for us, I was elated. To see these girls, who have been together for so long and worked so hard together, and done so well … it was truly great.”

Taylor’s story is of one of dedication, commitment, enjoyment and overwhelming success. It is a career that has spanned a decade and has seen her represent the West Indies in over 202 international matches.

She has added 208 wickets with her clever spin bowling and taken 85 catches with her assured hands in the outfield.

Unlike the title-winning day in Kolkata, two years ago, it was a cold damp day in Dublin in June, 2008, when Taylor made her debut. Only 16-years-old at the time, she almost immediately made an impact, gathering 90 off just 49 balls, in only her second outing, in the one-off T20, as the visitors beat the Irish.

Since then, she has not looked back. Her rise has been astronomical and her influence unmistakable, forever changing the way the Caribbean views women in cricket.

“It was cold, really cold, I can’t remember everything,” Taylor said of her debut, though the details remained fuzzy.

“It was a special one. I smashed 90 off a few balls, and just to put on that maroon shirt, was special. Back then, 10 years ago, I didn’t expect all of this. I was young, I was excited … I just wanted to play and enjoy the game. Now, it’s different. I have to help groom the young players, there is much more to do. I really love it.”

She continued: “I give thanks. I’ve had some great opportunities to play, to travel and to make a contribution to the game in Jamaica, in the West Indies and around the world. I was a little girl with a dream, now I see myself as someone to help with the continued growth of the sport.

“The game has evolved a whole lot since I started as a 16-year-old. The players are more classy [with] more finesse. You see switch-hitting, reverse sweeps … it comprises of so many new things. The players are definitely fitter and very athletic. The fielding standards have improved tremendously … it is amazing.

“The bowlers are getting faster … faster to the boundary. We have fast bowlers like Katherine Brunt, who is among the quickest, and you also have players like Elyse Perry, who is an excellent bowler and all-rounder. On our side we have Shamilia Connell, who is our fastest. She has matured and knows her game and it’s really good to see someone who we have been grooming, now understands her game, fully, and can get wickets for us.”

Like everyone else, Taylor is anxiously looking ahead to the tournament, which runs from November 9-24 across Guyana, St. Lucia and Antigua. The Windies are in Group A, alongside England, South Africa, Sri Lanka and Bangladesh, while Group B is made up of India, Australia, New Zealand, Pakistan and Ireland.

The home side starts against Bangladesh on November 9 at the Guyana National Stadium, before moving to the Darren Sammy Ground in St. Lucia, where they will play from November 12 to 16, as they chase qualification for the semis and finals at the Vivian Richards Cricket Ground in Antigua and Barbuda, on November 22 and 24.

“We will have some amazing entertainers coming to the ground. It will be quite different to all the other events we have played in. We are here in the Caribbean and we like the music and we like the vibes; whether it’s a training session or a match, we like to hear some music and we know this will help the way we play. It will bring some more fans into the matches to watch the best players in the world.”

She added: “From when we started, back in May, with the special camps, organized by Cricket West Indies here, in Antigua, the management, the coach, the trainer have been pushing the players to improve fitness and skills, and I have seen tremendous improvement. I have seen a whole different level of fitness and you could see it when we played against South Africa in the recent ODIs and T20s.

“That century, by Hayley Matthews, in Barbados (fifth ODI last month) was stunning. It was beautiful to be at the other end, batting with her, and to witness that kind of performance. [Off-spinner] Anisa Mohammed took a hat-trick in the T20s and she continues to lead from the front. She started way back, I believe at age 15, now she is one of the senior players.

“When you look at players getting older, that’s more experience and you tap into that experience and maturity, out there in the middle. That’s what she offers the team – a level head [and] a focused individual, who can make the right decisions, under pressure.”