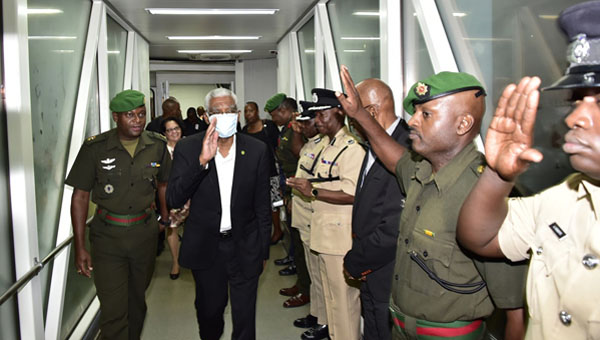 Granger, accompanied by his wife, Sandra, had had travelled to Havana on October 30, to undergo a medical investigation.

However, while in Cuba, he was diagnosed with Non- Hodgkins Lymphoma, after an intensive series of tests by specialist doctors at the Centro de Investigaciones Medico Quirugicas (CIMEQ) in Havana.

“Given the diagnosis of Non-Hodgkin Lymphoma, the President’s Medical Team has performed a number of medical interventions, including the first round of chemotherapy treatment. The President has responded well to the treatment and was given approval to return to Guyana,” a brief government statement said, on his arrival.

It added that “President Granger, once again, expresses profound gratitude to all those who sent their well-wishes for his full and complete recovery.”