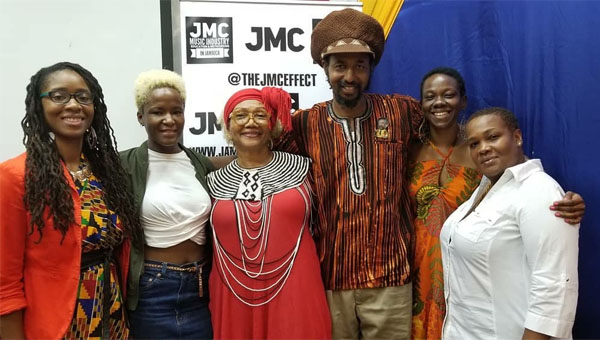 Marcia Griffiths (third from left) meets with some of her fans. Photo Credit: The Jamaica Music Conference.

Speaking to an audience of upcoming artists, artist managers, fans and industry stakeholders, Griffiths shared her career journey, including performing with Bob Marley and the Wailers, and the I-Threes; creating music that has stood the test of time; and navigating today’s musical landscape, given the reach of social media.

Hosted by JMC founder, Kwasi Bonsu, Griffiths said “back in those days we had a work ethic that gave us opportunities. We had to be at the studio on time, and we had to work. Bob knew what he wanted, and what he wanted is still played to this day.”

She also gave members of the audience gems of advice that they could use to enhance their careers, moving forward.

Prior to speaking at the JMC, Griffiths, recognised, by some, as the Queen of reggae, gave a stellar performance at the Grace Jerk Festival in South Florida. Commanding the stage in her customary red, sequined, two-piece ensemble, the “queen” performed her classics, such as “I Shall Sing” and “Dreamland.” 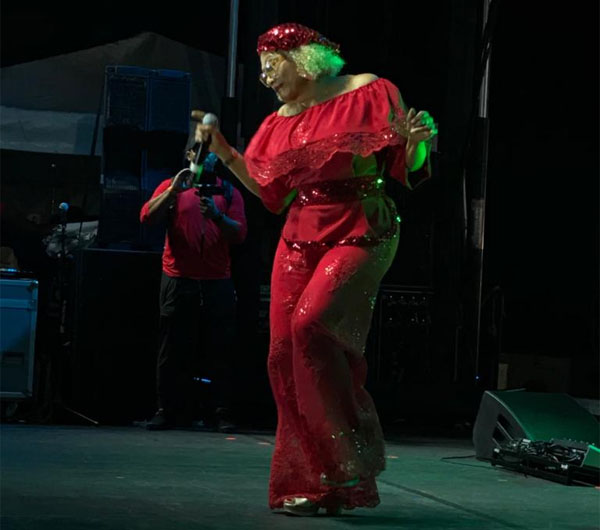 When it came time to perform “Electric Slide”, security was asked to clear a path so fans could join her on stage.  In unison, the stage rocked with several guests, who smiled and sang with Marcia for the infectious “boogie-woogie-woogie punch line”.

Included in her set was a special tribute to Bob Marley, in which she performed “Redemption Song” and “One Love.”

Speaking to the audience the Griffiths said, “Long live the spirit and the message in the music of brother Bob Marley. There is a natural mystic blowing through the air right now; can you feel it?  Everyone, let’s give thanks that we are living on top of the earth.”

Rita Marley honored Griffiths by attending her performance and spoke with her at length after her set.  The two reminisced on the days they shared the stage and expressed pride in their children continuing their musical legacies, by creating their own.

Griffiths celebrates 55 years of music magic in 2019, and plans are currently being developed to honor her with a series of festivities in Jamaica, Florida, Toronto and the UK.