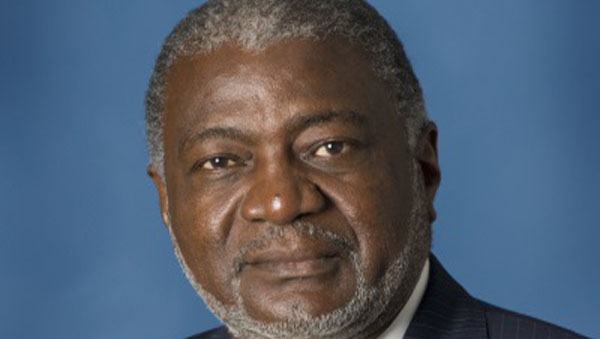 PORT OF SPAIN, Trinidad and Tobago, November 28, 2018 (CMC) – The President of the Trinidad-based Caribbean Court of Justice, (CCJ), Justice Adrian Saunders, announced, on Monday, that Barbadian jurist, Justice Andrew Burgess, will become a judge on the regional court in 2019.

“Mr. Justice Burgess brings with him a wide range of international and regional experience, which will be a great complement to the outstanding jurists already serving the Court. I look forward to him joining us in the new year,” said Justice Saunders, who is also chairman of the Regional Judicial and Legal Services Commission (RJLSC).

“I am confident that he will continue the tradition of excellence that has characterised his career, thus far,” he added.

Justice Burgess, a member of the Barbados Court of Appeal, was previously a Dean of the Faculty of Law at the Cave Hill campus of the University of the West Indies (UWI) and a professor of Corporate and Commercial Law.

He also was a judge of the Inter-American Development Bank’s Administrative Tribunal in Washington, serving as its vice-president in 2007 and 2009, and as president from 2009-2010.

He is also a judge on the World Bank Administrative Tribunal, having been appointed in 2013. In 2017, he was elected, by fellow Judges, to be the Vice President of the tribunal.

Justice Burgess was a Senior Commonwealth Fellow at Oxford University, England between 1992-1993. He is also an author, having published Commonwealth Caribbean Company Law in 2013 and The Law of Corporate Receivers and Receiver-Managers in 2002, in addition to being published on legal issues, especially in corporate and commercial jurisprudence.

Justice Burgess’ appointment will fill the vacancy, left by the elevation of Justice Saunders to the position of President, in July.

The CCJ was established in 2001 to replace the London-based Privy Council. While most of the 15-member Caribbean Community (CARICOM) countries are signatories to the CCJ’s Original Jurisdiction, only Barbados, Belize, Dominica and Guyana are signatories to the Appellate Jurisdiction of Court that also functions as an international tribunal, interpreting the Revised Treaty of Chaguaramas that governs the regional integration movement.