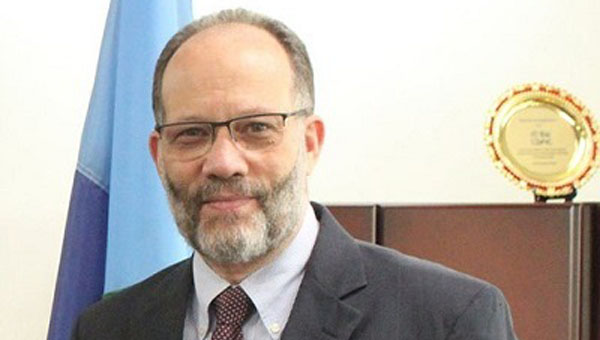 CARICOM Secretary General, Irwin LaRocque, told the Caribbean Media Corporation (CMC) that the15-member grouping is "very concerned" about the unrest in Haiti, and is calling for "dialogue and for a peaceful resolution”.

CARICOM Concerned At Developments In Haiti

PORT OF SPAIN, Trinidad and Tobago, December 5, 2018 (CMC) – Caribbean Community (CARICOM) leaders are likely to issue a statement, regarding the ongoing political developments in the Haiti, where opposition parties have been staging street demonstrations to force President Jovenel Moise out of office.

Regional leaders have gathered, here, for a special two-day summit on the CARICOM Single Market and Economy (CSME) that allows for free movement of goods, skills, labour and service among the majority of the 15-member grouping, and CARICOM Secretary General, Irwin LaRocque, told the Caribbean Media Corporation (CMC) it is “very likely” that the Haitian situation would be discussed.

He said that Moise will be among the regional leaders at the table, during the two-day summit, and that the Community is concerned about the situation in the French-speaking nation.

“Yes we are concerned and, as we have been saying in the past, we call for dialogue and for a peaceful resolution,” LaRocque added.

The opposition parties have been staging street demonstrations in support of their calls for President Moise to step down, after accusing him of not investigating allegations of corruption in the previous government over PetroCaribe, an oil alliance of many Caribbean states with Venezuela to purchase oil on conditions of preferential payment.

But in a radio and television broadcast last week, Moise dismissed calls for his resignation.

“It is a very sad situation in Haiti. Until we can all resolve the difficulties of Haiti, Haiti continues to be an incredibly poor country, very, very divided and despite the best efforts of a lot of people…I don’t think any of us can say the issues have been resolved,” the Prime Minister observed.

“I don’t think any government, by itself, is going to resolve the issues, so it is about holding the President’s hand and working with the people of Haiti; but there has to be a special task force to be able to deal with the medium- and long-term problems of Haiti,” Chastanet said, adding that he is awaiting the deliberations on Haiti, during the meeting here.