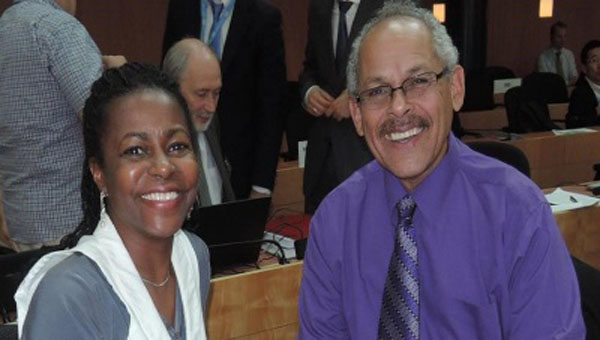 The Jamaican replaces the St. Lucia-born Tyrone Sutherland, who recently completed a 50-year long international career in meteorology that started in 1968. Sutherland retired at the end of November.

The Guyana-based Caribbean Community (CARICOM) Secretariat said that the CMO, a member organisation of the regional integration movement, was established in 1973, and is one of the oldest Caribbean institutions.

It said the CMO coordinates the joint activities of the Meteorological and Hydro-meteorological Services of 16 English-speaking countries in the region, and that its training arm, climate, research, and instrument centre is the Barbados-based Caribbean Institute for Meteorology and Hydrology (CIMH).

Sutherland, was one of two early meteorologists that led the development of the St. Lucia Meteorological Service, which he headed until early 1982.

He spent the next 10 years as a meteorologist and Severe Storms Specialist with the Meteorological Service of Canada, and in 1992, joined the World Meteorological Organization (WMO), the specialized United Nations agency, located in Geneva, Switzerland.

“In the Caribbean, Mr Sutherland will be remembered for leading the modernization of the Caribbean weather radar network that provides radar coverage of the region, from Belize to Guyana.  Under his leadership, the CMO has worked very closely with all the countries in North America, Central America and the Caribbean in ensuring that the region is served by a modern warning system for tropical storms, hurricanes and other severe weather,” the CARICOM Secretariat said.

It added that Dr. Laing was selected by the Caribbean Meteorological Council, which is the Ministerial-level governing body of the CMO, after an intensive international search.

Prior to joining the CMO, she was a scientific analyst at US National Oceanic and Atmospheric Administration (NOAA). She also served as a project facilitator at the Weather Prediction Center of the US National Weather Service and spent several years as a researcher at the US National Center for Atmospheric Research (NCAR).

She is the lead author of “Introduction to Tropical Meteorology”, a peer-reviewed online textbook, and co-author of the award-winning book, “Meteorology of Tropical West Africa: The Forecasters’ Handbook”.