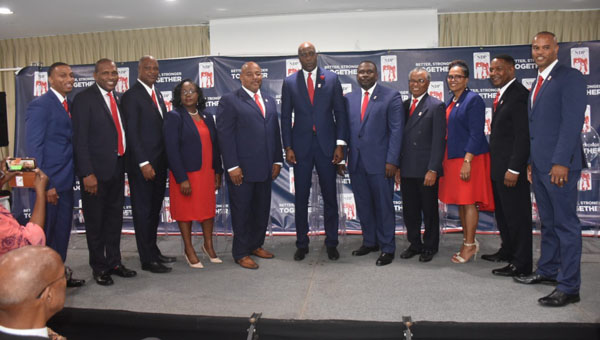 TORTOLA, British Virgin Islands, January 6, 2019 (CMC) – The ruling National Democratic Party (NDP) yesterday, presented its slate of candidates to contest the general election that will be held this year.

The party presented 11 candidates, however contenders for seats in the first and second districts were not presented.

Hipolito Diego Penn has been named the contender for the Seventh District, NDP Deputy Chairman, Marlon Penn, will contest the Eighth District, while Dr. Hubert O’Neal is seeking re-election in the Ninth.

The NDP’s next political event will come in the form of a rally on January 12.

Last November, Governor Augustus Jaspert announced that a general election will be held by April 16, which is earlier than scheduled.

Jaspert then said that the early election is being held  based on advice of Premier Dr. Orlando Smith, who decided to forego a by-election for the Fifth Electoral District.

That district became vacant in October, following the death of Representative, Delores Christopher .

“In deciding to accept this advice, I considered, carefully, what would be in the best interest of the Virgin Islands and the electorate, and agreed with the Premier that it would not be in the best interest of the people of the Virgin Islands to hold both a by-election, followed shortly after by a full general election, next year,” the Governor said in a statement.