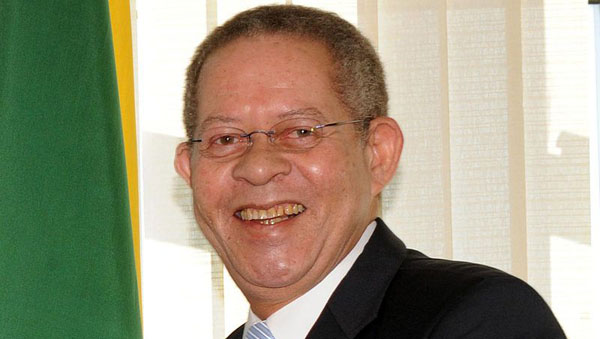 Former Jamaica Prime Minister, Bruce Golding, commented on the no confidence motion matter in Guyana in an op-ed in the Jamaica Observer newspaper. Photo by Antônio Cruz/ABr - http://agenciabrasil.ebc.com.br/ultimasfotos?p_p_id=galeria&p_p_lifecycle=0&p_p_state=normal&p_p_mode=view&p_p_col_id=column-1&p_p_col_count=1&_galeria_railsRoute=%2Fgerenciador_galeria%2Fgaleria%2Fshow%3Fid%3D520#http://agenciabrasil.ebc.com.br/galeriaimagens/images/fotos/3905/normal?p_p_id=galeria, CC BY 3.0 br, https://commons.wikimedia.org/w/index.php?curid=10183425

KINGSTON, Jamaica, January 7, 2019 (CMC) – Former Jamaica Prime Minister, Bruce Golding, says the Caribbean Community (CARICOM) must stand ready to assist Guyana in its current political situation, warning that  political stability is a critical factor to ensure investor confidence, not only in oil extraction, but also in the wide range of downstream industries and enterprises that it would make possible.

Since then, Opposition Leader, Bharrat Jagdeo, has called on the government to honour the vote and hold fresh presidential and general elections, by March this year, in keeping with the stipulations of the Guyana Constitution.

However, the government, which had enjoyed a one-seat majority in the 65-member National Assembly, has taken the matter to court through a farmer, challenging the validity of Persaud’s vote.

Writing in the Jamaica Observer newspaper, Golding, who came to office in 2007 and stepped down four years later, said Guyana has struggled to overcome deeply-polarising instincts, and there is a worrying possibility that this present issue could reignite them.

“Guyana’s leaders must rise above this. Too much is at stake. The private sector and the trade union movement must be prepared to constructively engage, grasp the big picture, and collaborate with the Government and Opposition toward a solution that will sustain confidence and stability, and enable Guyana to get through this,” the 71-year-old former prime minister said.

He said CARICOM, of which Guyana is a member, “must stand ready to offer assistance, if needed, in a way that is acceptable to both the Government and the Opposition”.

“Guyana cannot afford to falter at this time, not when it is on the cusp of a new horizon of hope and real possibilities. And if it falters, the entire Caribbean community is the worse off,” he wrote.

Golding said that from a distance, Guyana has seemed poised for an era of unprecedented development and prosperity. He said, since 2015 it has confirmed 10 offshore oil wells, capable of generating over 750,000 barrels per day.

“New wells are being discovered every few months and the technical data suggest that there are many more wells to be drilled. With production expected to start next year, Guyana is in a position to become a significant oil producer — several times greater than Trinidad and Tobago — with tremendous benefit to its economy, its people and the region, if properly managed.”

Golding said in such a scenario, political stability is a critical factor to ensure investor confidence not only in oil extraction, “but also in the wide range of downstream industries and enterprises that it would make possible”.

“The prospect of that stability is now being tested by the constitutional crisis that has emerged,” Golding said, noting that the coalition government came to power, encompassing a grouping of political parties — A Partnership for National Unity (APNU) — dominated by the long-established People’s National Congress, and the much smaller and more recent Alliance For Change (AFC) in 2015.

Golding said that following the successful tabling of the motion of no confidence, Prime Minister Moses Nagamootoo, “in a display of political maturity…immediately indicated that the Government accepted the outcome of the no-confidence motion, and announced that the constitutional provisions, requiring that fresh elections be held within three months, would now ensue”.

He said that both President Granger and Jagdeo commented in the same vein, and that “those of us, who are familiar with the turbulence of Guyana’s politics in the past, were comforted that this crisis would pass without any major dysfunction”.

“We now find ourselves holding our breath,” Golding wrote, making reference to the legal manoeuvres and the decision by the PPP to boycott the last sitting of the Parliament, where the Speaker, Dr. Barton Scotland, refused to negate the passage of the no confidence motion, and suggested that the matter be referred to the courts for a determination.

Golding said the boycott could be viewed as a “troubling sign that the goodwill, which initially penetrated the cloud of uncertainty, is waning”, and that the matter is being further complicated by other issues, including the reports that Persaud is also a Canadian citizen.

“Guyana operates under a system of proportional representation that is vastly different from the constituency first-past-the-post system, we have in Jamaica. Members are drawn, based on the percentage of votes obtained by each party, from lists of potential MPs submitted prior to the elections.

“The constitution stipulates that a person shall cease to be a member of the National Assembly if he declares “in writing” that he will not support the party list, from which his membership was derived, or that he will support “another list”. No such declaration “in writing” occurred in this instance, but the argument has been proffered that a declaration is implicit in the act of voting against his party list.

Golding said that it would take some time for these issues to be adjudicated in the courts, including the Trinidad-based Caribbean Court of Justice (CCJ), which is the country’s highest and final court.

“The Government has already signalled that, in order to facilitate this, it will be seeking the court’s approval for an extension of the 90-day period, within which elections must be held. The Opposition has countered that under the constitution the Court has no such authority.

“A protracted period of uncertainty in its political arrangements is something that Guyana can ill afford, especially at this time. The fact that the Government’s handling of oil exploration contracts was a significant element in the no-confidence motion has its own implications.

“Up to now, public reaction to the stalemate has been measured, but it has all the ingredients to create a flashpoint that could roll back much of the advancement that Guyana has made in its political processes,” Golding wrote.