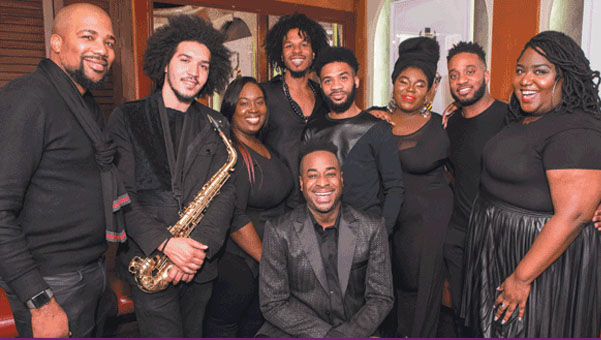 TORONTO, Ontario, January 9, 2019 — On the fifteenth of this month, the undisputed leader of the civil rights movement in the United States of America, the incomparable Dr. Martin Luther King Jr. would have celebrated his 90th birthday, if he was still alive today.

And If you are looking for an appropriate and relevant way to celebrate not only his birthday, but also the 35th anniversary of the passing into law of the US federal holiday, named after this giant of man, the Royal Conservatory of Music has just the presentation.

On Sunday, the Conservatory will be unveiling a powerful US-Canada hybrid musical commemoration: “We Shall Overcome: A Celebration of Dr. Martin Luther King, Jr. featuring Damien Sneed and the Toronto Mass Choir”.

Inspired by the words and actions of Dr. King, Jr., “We Shall Overcome” — a 36-city North American tour — showcases a repertoire from across the African American music traditions that electrified generations of civil rights activists and defenders, with interwoven spoken word from Dr. King’s recorded speeches.

This elaborate and high-powered production ties together a living lineage of music and culture that includes traditional gospel, modern gospel, classical, jazz, Broadway, and spirituals.

Canadian gospel powerhouse, the Toronto Mass Choir, in addition to five astounding singers and a quartet of musicians, led by award-winning music director, Damien Sneed, will bring together songs from Aretha Franklin, Duke Ellington, Stevie Wonder, Nina Simone, and Donny Hathaway, as well as traditional spirituals, with excerpts from Dr. King’s recorded speeches, 50 years after his death – evoking the inspirations, struggles, and triumphs of civil rights activists and defenders.

A graduate of John S. Davidson Fine Arts School in his hometown of Augusta, Georgia, Sneed earned a Bachelor of Music – Piano Performance from Howard University; a Master of Music in Music Technology: Scoring for Film and Multimedia from New York University; and a doctorate in Orchestral Conducting from USC, last Fall. 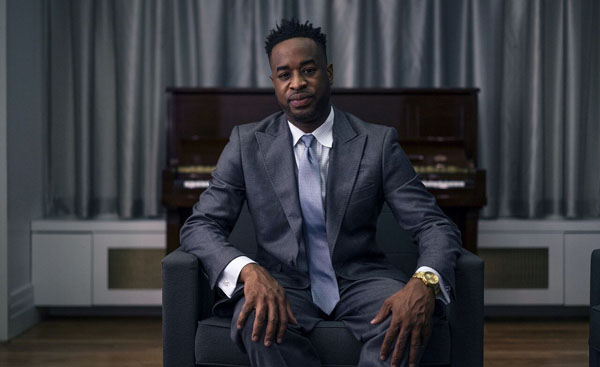 He is the founder and artistic director of the international vocal ensemble, Chorale Le Chateau, and the founder of LeChateau Earl Records.

Whether classical, jazz, opera, pop, R&B or gospel, Sneed’s unique understanding of each genre allows him to fluidly cover much musical ground in a single performance.

Sneed recently joined the acclaimed staff of the Houston Grand Opera (HGOco) as Music Director and Composer-in-Residence and serves as cover conductor for HGO Mainstage Productions under Artistic and Music Director, Patrick Summers.

A musical prodigy and accomplished pianist since three years old, organist, conductor, composer, producer, arranger, vocal coach, and arts educator, whose work spans multiple genres, Sneed has been commissioned to compose a new opera for the Houston Grand Opera that will have its world premiere in early March 2020.

The “We Shall Overcome” tour was announced, last October, by IMG Artists, a leading global performing arts management agency.

It kicked off on Friday, January 11, at the Empire Center at The Egg in Albany, New York, and will make stops at concert halls and universities in the U.S. and Canada, and will conclude on March 3 at the Gallo Center for the Arts in Modesto, in California.

At the launch, Sneed noted, “I look forward to honoring the life and legacy of the great civil rights leader, Martin Luther King Jr., in my upcoming tour as well as many other great artists and public figures, who used their voices and their art to let the world know that one day we will truly overcome.”

The Canadian contingent on this stop on the tour is the not-for-profit, multi-award-winning Toronto Mass Choir (TMC) — a 35-strong, plus four-piece band, travelling ministry that continues to be on the cutting edge of the Canadian gospel music scene, bringing their distinct gospel sound to the international stage. 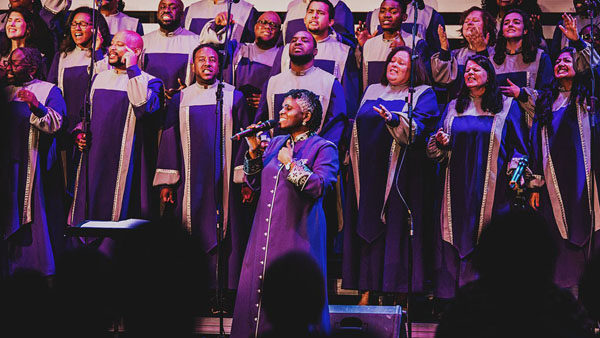 The choir’s debut album, Great Is Thy Glory, released in April 1990, on the Micah Communications label, was re-released as The Early Years, and its second live recording, God is our Hope, was released in 1994, followed in April 1998 by its Juno-nominated album, Follow Him.

In November 2005, the choir broke new ground, using a 20-piece orchestra on The Live Experience, which also garnered a GMAC Covenant Award in 2006, for Traditional Gospel Album of the Year. A Shai Award, the gospel music people’s choice prize, for Urban/Soul Album of the Year, followed in 2007.

The September 2007 release of Going Home, a full Caribbean gospel album, showcased the choir’s soulful style of reggae, calypso, ska and new sounds with the fusion of jazz and reggae.

The release of their seventh album in 2010, A Christmas Gift, marked the first Contemporary Gospel Choir Christmas CD release in Canada and showcases TMC at its best. A Christmas Gift also won two Covenant Music awards, including ‘Seasonal Album of the Year’.

In 2012, as they entered their 25th performance season, Toronto Mass Choir released ‘25’, a CD featuring highlights from over their recording career, as well as four previously unreleased songs from their early years. That same year, TMC was also awarded the Lifetime Achievement Award from the Gospel Music Association of Canada.

TMC, which will celebrate its 32nd. anniversary in October, is led by its director, Karen Burke, a graduate of McMaster University, the Royal Conservatory of Music and a Professor of music at York University, and her husband, Oswald Burke, who is the Executive Producer.

The bill passed the House of Representatives by a count of 338 to 90, a veto-proof margin, and the holiday was observed, for the first time, on January 20, 1986.

The “We Shall Overcome: A Celebration of Dr. Martin Luther King, Jr. featuring Damien Sneed and the Toronto Mass Choir” production will be held on Sunday, January 13, 7:00PM, at Koerner Hall, in Toronto.