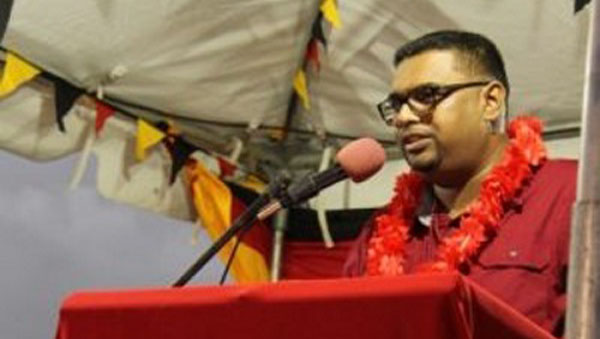 GEORGETOWN, Guyana, January 31, 2019 (CMC) – Canada has informed the presidential candidate of the main opposition People’s Progressive Party (PPP), Irfaan Ali, that he should consider not travelling to the North American country at this time, as a result of pending criminal matters.

In a statement, Ali confirmed that he was scheduled to leave here, yesterday, for a Diaspora engagement in Toronto, but received the correspondence from the Canadian High Commission in Trinidad and Tobago, telling him that he should not travel.

Ali said he has been given 30 days to respond to the correspondence.

Ali, who was, earlier this month, elected as the PPP’s presidential candidate, pending the polls that are likely to be held in March, is facing 19 criminal charges, related to the alleged fraudulent sale of state lands, while he served as housing minister in the last PPP administration.

He has described the charges against him as “trumped up”.

Ali, who said he has a valid passport and Canadian visa said he now awaits the actions by Ottawa, and that he was informing supporters in Canada that the situation surrounding his travel is out of his control.

The PPP has been calling for regional and general elections, here, after it successfully tabled a motion of no confidence in the David Granger-led coalition government, last month.

The government has taken the matter to the High Court, which had promised to give a ruling by today.