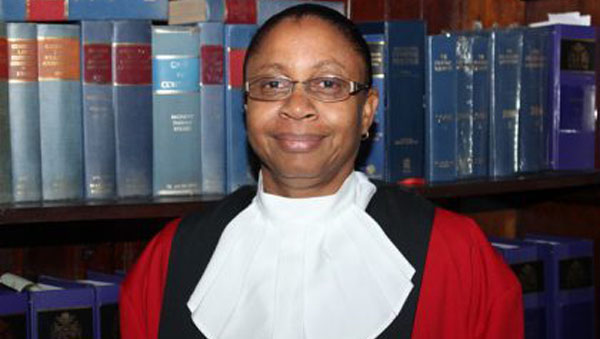 GEORGETOWN, Guyana, January 31, 2019 (CMC) – Guyana’s Acting Chief Justice, Roxanne George-Wiltshire, ruled, this afternoon, that the motion of no confidence, passed in the National Assembly on December 21, last year, which brought down the David Granger-led coalition government is valid, paving the way for fresh regional and general elections, to be held, here, later this year.

Under the Guyana Constitution elections must be held within 90 days of the motion of no confidence being passed.

In a new, four-hour ruling, Justice George-Wiltshire also said that anyone who holds dual citizenship, as envisaged by Article 155 of the Guyana Constitution, “should not and could not be” a member of the Guyana Parliament.

Justice George-Wiltshire was delivering her ruling in the three matters, regarding the validity of the successful opposition People’s Progressive Party (PPP) motion of no confidence.

The matters arose after the then-government back bencher, Charrandass Persaud, who holds both Guyana and Canadian citizenship, voted with the PPP in the 65-member National Assembly, where the coalition government had previously enjoyed a slender one-seat majority.

Williams had said there was a miscalculation of the majority of all elected members, as required under Article 106 (6) of the Constitution, for the government to be defeated on a vote of no confidence.

But in her ruling, in which she made the differentiation between a “simple” and “absolute” majority, the Acting Chief Justice said if all 65 members voted, the majority is 33.

She said as a result, “the no confidence motion is carried, the requisite majority is obtained by a vote of 33 to 32. The President and the Ministers can’t therefore remain in government, beyond the three months within which elections are required to be held, in accordance with Article 106 of Article Seven, unless that time is enlarged by the National Assembly, in accordance with the requirements of said Article 106…”

Justice George-Wiltshire ruled, as a result, the other questions raised by the applicants, “are rendered moot”, adding “this court cannot set aside or defy a ruling that was validly made…in (keeping with provisions) of Article 106…of the Constitution, nor can it stay, in force, a resolution validly declared, in accordance with the same provisions of the Constitution”.

Guyana’s Attorney General, Basil Williams, has given notice that he intends to appeal the ruling to the Caribbean Court of Justice, the region’s highest court.

She said, while a court can intervene “this can only be done if the National Assembly acts unconstitutionally.

The acting Chief Justice continued: “This is not the case here. So therefore, the ruling of the Speaker that the no confidence motion, debated in the National Assembly on the 21 December 2018, was carried by a vote of the majority of all the elected members of the National Assembly, is thus lawful and valid, being in accordance with the requirements of the…Constitution.”

Earlier, the acting Chief Justice ruled that “anyone who holds dual citizenship, as envisaged by Article 155 and therefore falls into this category…should not and cannot be a Member of Parliament”, and as such, the declaration sought, in terms of paragraph one and two of the request for leave, are granted.

“Therefore I hold and therefore declare that the second respondent is not qualified for election as a member of the National Assembly, by virtue of his own act and acknowledgment of allegiance, obedience and adherence to a foreign power to wit, the sovereign state of Canada, in contravention of …of the Constitution of Guyana,” she ruled.

The Acting Chief Justice said, “it is also declared, the second respondent was on the seventh of April 2015 disqualified from being nominated as a member for the National Assembly of the Cooperative Republic of Guyana”.

On the issue of dual citizenship, the Acting Chief Justice said that the provisions in the Constitution seek to preserve for membership of the National Assembly, “persons who only hold Guyanese citizenship and who would not have voluntarily taken an oath of allegiance to another country”.

“While some may say that this does not permit the fullest participation of Diaspora Guyanese in the political leadership of Guyana, this is not for this court to pronounce on. The Constitution is clear,” she said, adding “as until it is amended to provide otherwise, the Constitutional provision must be adhered to.

“Any change to reflect a different view may be undertaken, by way of constitutional amendment, if the public and their parliamentary representatives, (be) so inclined”.

The Attorney General had said that the framers of the Constitution in article 70 (3), having guaranteed an elected government a five-year term of office, which five-year term is protected by entrenchment, by the requirement of 2/3 of all the elected members of the National Assembly voting to reduce that 5 years, could not at the same time have intended that a future Parliament were to be permitted to abridge or curtail the enjoyment of that five years, by introducing into the Constitution, via a provision that is not entrenched at all, a process called a “ote of confidence.”

But in her ruling the judge disagreed with the argument. Attorney General, Basil Williams, has since given notice that he intends to appeal the ruling to the Caribbean Court of Justice, the region’s highest court.