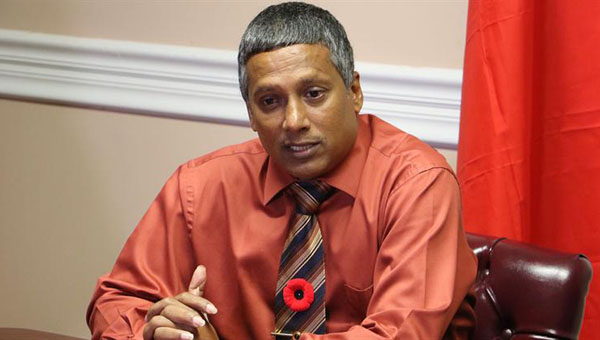 St. Lucia Government Easily Defeats Motion Of No Confidence Against The Prime Minister

Chastanet, himself, did not make any contribution to the debate, except on occasions when he sought to correct “misleading” statements, by opposition legislators, during the marathon parliamentary session.

“I want to tell the Honourable Leader of the Opposition, that what you have presented to this Honourable House is less than honourable,” said Economic Development, Housing, Urban Renewal, Transport and Civil Aviation Minister, Guy Joseph.

“It is something that will go down in the records, in the history, as the worst resolution to have made it to the Parliament of this country and, Mr. Speaker, I pledge my unconditional support to the Prime Minister, Allan Chastanet,” Guy added.

The 11 government legislators in the 17-member Parliament voted against the motion that Pierre had introduced, earlier during the day, indicating that was not intended to embarrass Chastanet, nor should it be viewed as a personal attack on him.

“It is a watershed moment for members of this House to answer the question: should the member for Micoud South (Chastanet) be allowed to lead this country for the balance of Parliament, given his dismal performance to date?” Pierre added.

But Joseph said that the motion underscored the “division” within the main opposition St. Lucia Labour Party (SLP), adding that their appearance in the parliament, had been orchestrated, sitting together, “posing and taking pictures. They are pretending”.

“I totally reject everything that is in this no confidence motion,” he said, telling Pierre “the next time you want to write a motion, find somebody who knows about writing motions”.

Joseph said Chastanet “was the best prime minister St. Lucia has had in a long time”, and that any government legislator “can be a better prime minister than everybody on this side(opposition), put together, because we are workers”.

Joseph said that the opposition should have been aware that the motion would not have succeeded, given the fact that public opinion in St. Lucia had not shown any support for the initiative.

“That’s why I am disappointed Mr. Speaker…you did all of that out there, you got the same result, overwhelming support for the prime minister, you still not learning. You come to the Honourable House to get more licks,” Joseph chided.

“Based on my definition for madness, it is only mad people that will do that,” he added, noting that the government was not “even going to respond to the motion”, but agreed to allow for a test of the support for Prime Minister Chastanet.

The debate ended without former prime minister, Dr. Kenny Anthony, being able to make his contribution.

Anthony had given way to a government legislator to make his contribution, after both men had pushed the button for the microphone almost simultaneously.

Citing the Standing Orders, Anthony said he had expected to speak afterward.

“Clearly in that kind of situation, where I gave way, in good faith, it has to be an infringement on my right to speak…when it is obvious, Mr. Speaker, that there was confusion between the two members as to their intent before the House tonight.”

But the Speaker, Andy Daniel, said it was “unfortunate I was writing, taking down records”, when the two legislators gave an indication of their intent to speak.