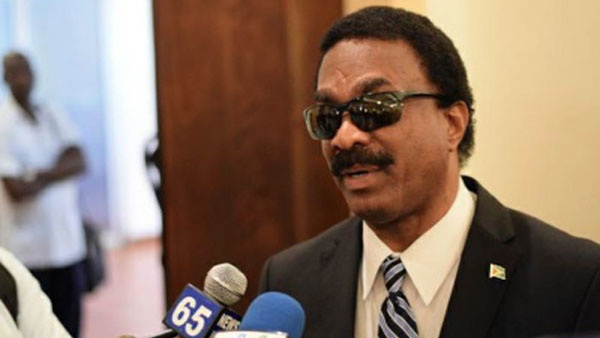 Guyana's Attorney General, Basil Williams, intends to fight the country's High Court no confidence motion ruling, all the way to the Caribbean Court of Justice, the region's highest court.

GEORGETOWN, Guyana, February 1, 2019 (CMC) – The Guyana government says it intends to challenge, all the way to the country’s “highest court of appeal, the ruling of acting Chief Justice, Roxanne George- Wiltshire, that the motion of no confidence, passed in the National Assembly on December 21, last year, is valid.

In a brief statement, late last night, the David Granger-led coalition government said it had taken “note, and respects” the ruling that had been handed down, earlier during the day.

“The ruling is not in favour of the government’s position, with regard to the vote on December 21, 2018, however, due process continues, and the government will file an appeal in the Court of Appeal. The government continues to believe that the full adjudication of this issue is in the national interest,” the statement said.

Under the Guyana Constitution, elections must be held within 90 days of the motion of no confidence being passed.

Justice George-Wiltshire delivered her ruling in the three matters, regarding the validity of the successful opposition People’s Progressive Party (PPP) motion of no confidence.

The matters arose after the then-government back bencher, Charrandass Persaud, who holds both Guyana and Canadian citizenship, voted with the PPP in the 65-member National Assembly, where the coalition government had previously enjoyed a slender one-seat majority.

In a near four-hour ruling, Justice George-Wiltshire also said that anyone, who holds dual citizenship as envisaged by Article 155 of the Guyana Constitution, “should not and could not be” a member of the Guyana Parliament.

Attorney General, Basil Williams, had argued that there was a miscalculation of the majority of all elected members, as required under Article 106 (6) of the Constitution, for the government to be defeated on a vote of no confidence.

But in her ruling, in which she made the differentiation between a “simple” and “absolute” majority, the Acting Chief Justice said if all 65 members voted, the majority is 33.

In the statement, last night, the government said “until the matter is concluded at the highest court of appeal, the status quo remains and the business of government continues as usual”.

“The government reassures the Guyanese people that it will continue to act in accordance with the constitution of Guyana,” the statement added.