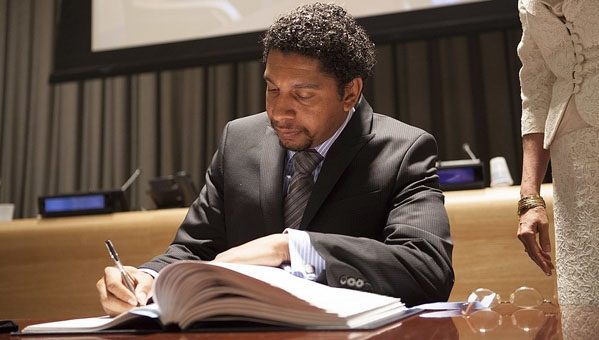 Finance Minister, Camillo Gonsalves, said the outstanding payment, is due to the fact that the authorities are still trying to determine ownership of the lands that were acquired.

He told Parliament that the lands, for which payment is yet to be made, are divided into two categories: lands with deeds, and lands where ownership issues remain unsettled.

“And the majority of those 125 plots are lands, which we are still trying to ascertain who to pay, because there is no deed for the land,” he said.

“The government and the IADC (International Airport Development Company) are currently completing a plan to address the settlement of these amounts, owed to these remaining land owners. We continue to work to try to ascertain land ownership issues, because that has been a very lengthy process in some cases, and even though the majority still are without deeds, that number has been falling, as we have been working to resolve that issue,” Gonsalves told legislators.

He said while he does not have a date, as to when the matter would most likely be resolved, “the plan is on-going, and we hope to announce the details of the plan in this current year”.

The airport was built at an estimated cost of EC$700 million.