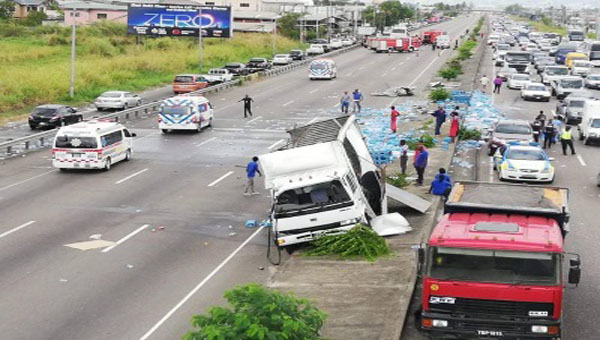 Two Killed In Traffic Accident In Trinidad And Tobago

Chief Fire Officer, Roosevelt Bruce, confirmed two women died in the accident, and one other is listed in critical condition.

Eyewitnesses said that the delivery truck was proceeding along the south-bound lane of the highway, when the driver lost control and the vehicle crossed the median. The PTSC bus, traveling in the opposite direction, was hit by the truck, resulting in injuries to several passengers.

The accident caused a massive pile-up, as police blocked off part of the north-bound lane of the highway, to facilitate the clearing of the roadway.