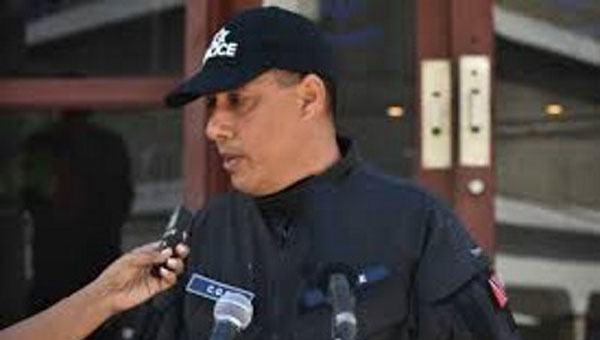 Gary Griffith, Trinidad and Tobago's Police Commissioner, said the business of the underworld is being hurt, and that while he is not afraid for his life, he is nonetheless alert to the situation.

Trinidad And Tobago Police Chief Confirms Plot To Assassinate Him

PORT OF SPAIN, Trinidad and Tobago, February 7, 2019 (CMC) – Police Commissioner, Gary Griffith, confirmed a newspaper report, yesterday, that the Special Branch had uncovered a plot, by two criminal gangs, to assassinate him and members of his family.

“This time around, this is not just about children or persons, who are unstable, calling 999 and making idle threats. It seems that there’s a clear and present danger towards persons, being very concerned of my actions, and they hope they can actually do something,” Griffith said on Citadel Radio station, here.

He said those plotting his death must be upset at the fact that “over a hundred million dollars in illegal drugs and weapons being seized, hundreds of persons being arrested…this will actually strengthen my resolve”.

“We are fully aware of persons, who may be interested, and have concerns about what I am doing. And this varies, not only from the punks who have short pants that may be way below their waste line, but also those who may very well have….jacket and tie,” he said.

The Trinidad Guardian newspaper in a front page story, yesterday, said that Special Branch had uncovered the plot in November, last year, and in an 11-page report, detailed how serious the threat had to be taken.

“Recent information has further suggested a possible bounty that has been placed on the head of the Commissioner of Police (CoP), with part payment, in advance, and the rest when the job has been completed. These robust approaches, combined with new initiatives that are to be unveiled shortly, have made the CoP the most high-risk individual in our nation,” the paper quoted the report as stating.

The paper said it had obtained a copy of the report and when it had contacted Griffith, he was hesitant at first to comment, before agreeing to address some of the “troubling concerns, raised in the report”.

On the radio program, Griffith said the fact that persons were now out to kill him and members of his family, meant that he was stepping in the right direction.

He said the business of the underworld is being hurt, and that while he is not afraid for his life, he is nonetheless alert to the situation.

“The training that I have, fear is not an option. I am not stupid, however. We are fully aware of what is required, and the good thing about it is, that we know what the intentions would be from the enemy,” he said.

“In fact, this is expected,” he said, noting that similar situations occur, around the world, where law enforcement officers are engaged in similar battles.

Since taking up the post, late last year, Griffith has received threats, including from a minor.