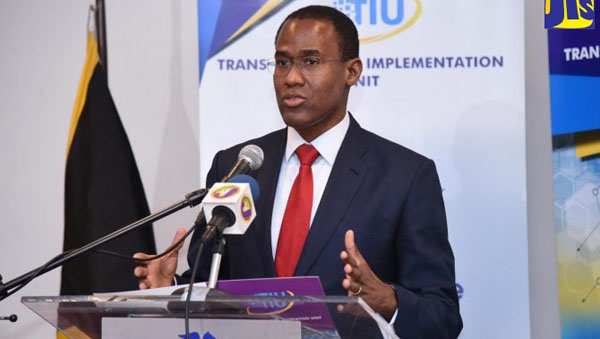 KINGSTON, Jamaica, February 8, 2019 (CMC) – The Jamaica government says it is developing a new policy that is intended to streamline the complex compensation and allowance system, across the public sector.

Finance and Public Service Minister, Dr. Nigel Clarke, said that a policy, philosophy and accompanying strategies will be developed, over the next 18 months, and that the objective is to attain a wage bill to gross domestic product (GDP) ratio of nine percent.

He told the government’s Public Sector Transformation Programme that the Transformation Implementation Unit (TIU) is examining data, acquired from ministries, departments and agencies in 2018, and will engage unions representing public-sector workers, among other stakeholders, to discuss options for streamlining and making the compensation structures “more efficient and more transparent”.

He said this undertaking “will gather momentum in the upcoming [2019/20] financial year”, and that the review is consistent with the fiscal imperative, being pursued by the government, under the transformation programme, which he described as “very important”.

“Without having sustainable fiscal accounts, nothing else can really happen… we can’t shy away from that,” Clarke said, adding that the review will address the multiplicity of grades for positions and allowances, across the public sector, which total 325 and 175, respectively.

He said that the number of grades makes it difficult for the government to project budgets for salaries and allowances negotiated.

Additionally, he noted that “when you have 175 [categories] of allowances with 40 bargaining units, you can’t keep track of the increase in the wage bill… and it also leads to inequities across the system”.

“Another problem is that, because the grades are not compatible, it allows for all kinds of arbitrage… between persons being in this Ministry or that [agency] instead of just being [an officer] who has this level of competence. When you have greater transparency about these things, it allows for greater efficiency and satisfaction on the part of the public officer,” Clarke added.

Clarke said the vision of the Andrew Holness government “is for a modern public service that is fair, that values people, and that consistently delivers high-quality service”.