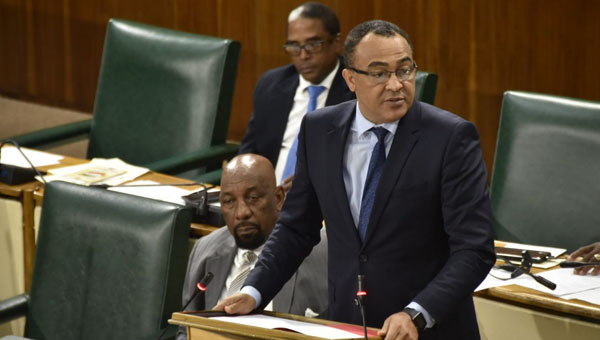 Dengue Claims The Lives Of Six Children Since The Outbreak In Jamaica; Country Also Placed On Flu Alert

KINGSTON, Jamaica, February 13, 2019 (CMC) – Six children, under the age of 14, have died, according to Health Minister, Dr. Christopher Tufton, who gave an update on the outbreak of the dengue fever, to Parliament, yesterday.

He told legislators that, as at February 8, this year, there were six confirmed deaths — five from Kingston and St. Andrew and one from Portland.

“These confirmed deaths have been children, under the age of 14 years old,” he said, adding that the Ministry of Health has classified 1,166 suspected, presumed or confirmed cases, with dates of onset in 2019.

According to the Health Minister, in 2018, the Ministry classified 1,023 suspected or confirmed cases.

“The weekly number of cases appears to be plateauing, and while we need to wait for another two to three weeks to be sure, this is an encouraging sign,” Dr. Tufton said, noting that the experts theorise that numbers will begin to trend downwards.

Dr. Tufton also disclosed that there is an adequate supply of medication to treat the dengue outbreak.

“There is no shortage of medication in the public or the private health system,” he said, adding that the stock level of certain drugs continues to be monitored, including paracetamol tablets, paracetamol syrup, oral rehydration products and intravenous fluids.

Providing an update on the dengue outbreak affecting the island, Dr. Tufton said more than J$600 million has been allocated in response to the outbreak.

“A part of our community engagement has been the involvement of members of the House and the Municipal Corporations, of which Cabinet has approved J$55.7 million to Members of Parliament and J$100 million to the Corporations to undertake vector control activities,” he noted.

Dr. Tufton said for the month of February, the Ministry will continue to work with regional and international collaborators, to sustain the ramped-up vector control management, public education and clinical management.

“We urge Jamaicans to search for and destroy mosquito breeding sites, around their homes; visit their doctors if they experience symptoms; and follow the prescribed course of treatment,” he said, adding that the Ministry team is doing all it can to ensure the best possible health outcomes for those currently affected by dengue, to prevent the spread of the virus to other members of the population.

He said work continues in clinical management, with the sustained sensitisation of all private and public doctors.

“Parish medical officers of health were re-sensitised on response and enhanced surveillance, the integrated management strategy, to include enhanced vector control activities and clinical management,” he added.

Dengue is a viral infection that is transmitted, via the bite of particular types of mosquitoes. It most commonly occurs in tropical and subtropical areas of the world.

The Ministry of Health has also placed Jamaica on influenza alert, in light of the significant increase in the number of cases of fever and respiratory illnesses, reported across the island.

The Health Minister also told the House of Represenatatives that data collected, over the past two weeks, indicate an increase in a particular type of influenza.

“The flu is to be taken seriously, as it can lead to pneumonia and blood infections, and cause diarrhoea and seizures in children. The flu can also worsen chronic medical conditions such as heart or lung disease,” Tufton said.

He stated that persons at greater risk of severe complications from the flu, are infants and young children, adults 65 years and older, pregnant women and persons with chronic medical conditions or weakened immune systems.

With the activation of the alert status, the Ministry says it will enhance its public education campaign to reinforce good hand hygiene and emphasise respiratory etiquette; activate the enhanced infection control program in hospitals and health facilities to prevent, control and investigate communicable diseases; and increase the stock of medication in hospitals and health facilities, to respond to the increase in the number of persons hospitalised.

The Ministry will also expand the opening hours at health centres to provide access to at-risk populations, including the elderly and children, under five years; and continue implementation of the overcrowding management plans for the major hospitals across the island.

Dr. Tufton informed the House, that 21,900 doses of influenza vaccine were purchased by the Ministry, through the Pan American Health Organization (PAHO) Revolving Fund, and distributed to parish health departments, in late October 2018, and vaccination of target groups commenced in November 2018.

These include health workers; children and elderly with chronic illnesses; pregnant women, especially those on the Programme for Advancement Through Health and Education (PATH); persons institutionalised or in State care; and non-health frontline workers.

He said persons can access the vaccine from any public health centre/clinic free of cost.

Dr. Tufton encouraged healthcare providers in the private sector to procure the influenza vaccine, through private distributors, to provide for the general population, with emphasis on the high-risk groups.

“The vaccine can be had privately by members of the public, from any general practitioner and paediatrician at a minimal cost,” he noted.

Seasonal influenza is an acute viral infection that spreads easily from person to person, mainly by coughing, sneezing and close contact.