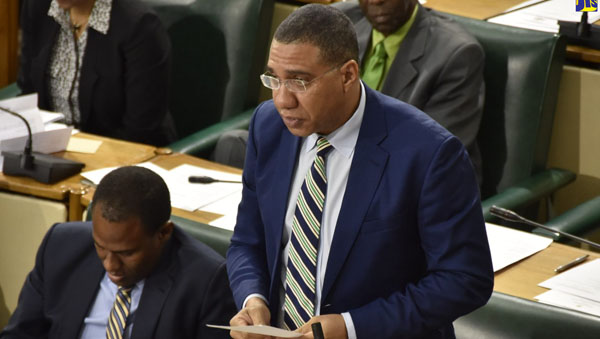 KINGSTON, Jamaica, February 13, 2019 (CMC) – The Jamaica government says “good progress” has been made in negotiating the repurchase of the 49 percent shares, owned by the Venezuelan company, PDV Caribe, even as it tabled legislation to ensure the takeover would be debated in the Parliament at its next sitting.

The Bill aims to retake ownership of the 49 percent shares in Petrojam that are held by the Venezuelan State-owned oil and natural gas company, Petróleos de Venezuela (PDV) Caribe.

“To date, however, we have not been able to reach an agreement on the terms. So the work towards a negotiated agreement continues,” she said.

PDV Caribe, an affiliate of the state-owned Petroleos de Venezuela S.A., and the Petroleum Corporation of Jamaica (PCJ) entered into a joint venture agreement, which resulted in the sale of PetroJam shares, in August 2006 and February 2007, respectively.

The agreement had called for the upgrading and expansion of the refinery to improve its competitiveness and meet local and international market demands, but Johnson Smith said, last month, that these objectives were not met and that this poses a risk to the economy. 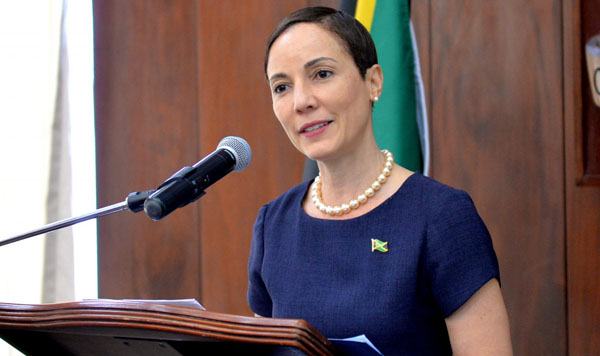 Johnson Smith reiterated that the government’s decision to repurchase the shares is based on the need to safeguard the country’s interests, particularly in light of increasing sanctions against the Nicolas Maduro administration in Venezuela, by the United States.

The Foreign Affairs Minister said the situation has created unease among the refinery’s financial partners and suppliers, which, she indicated, “started taking precautionary measures to ensure they are not in breach of the sanctions, by doing business with Petrojam.

“Unsurprisingly, not only have [they] started posing questions about the impact of the new Executive Order but, in some respects, have requested indemnities of the company, as a basis for continued services,” she added.

Johnson Smith advised that while Petrojam is not a sanctioned entity under the President Donald Trump’s Executive Orders, “the ownership structure of the Petrojam refinery now poses a risk for Jamaica’s energy and for our economy and, accordingly, the Jamaican people”.

She added, this could also pose a challenge for programmed undertakings, citing issues arising, with phase-one implementation of the Vacuum Distillation Unit project, as an example.

“The reality is that as a responsible government, it is important that we act to protect Jamaica’s energy security and the interest of the Jamaican people,” she added.

Johnson Smith said Prime Minister Andrew Holness will lay in Parliament, next Tuesday, the “Act to Provide for the Compulsory Acquisition of the Shares Held by PDV Caribe in Petrojam and for Connected Matters,”

Johnson Smith said consequent on the imminent tightening of the sanctions and the risk they pose, “we must take action, even as we pursue a negotiated settlement”.

“We have, therefore, written to PDV Caribe to advise them [that] we remain open to reaching a negotiated agreement, and to express, once more, that this is not a hostile step, but is one which asserts the interest of the Jamaican people,” she added.