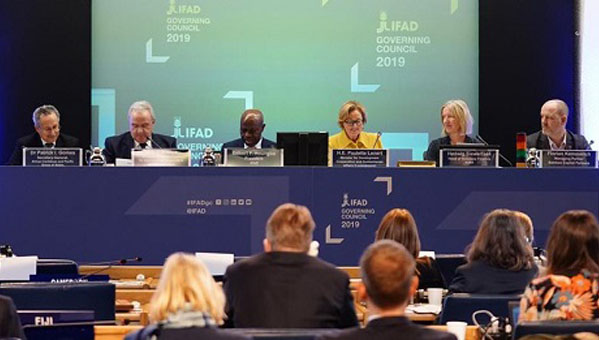 Secretary General of the African, Caribbean and Pacific (ACP) Group of States, Dr. P.I, Gomes (left), at the launch of the ABC Fund. Photo courtesy of ACP.

ROME, Italy February 15, 2019 (CMC) – The Secretary General of the African, Caribbean and Pacific (ACP) Group of States, Dr. Patrick I. Gomes, says the newly-launched Agri-Business Capital (ABC) Fund, with an innovative approach for attracting much-needed capital for developing countries, could have a transformative effect in rural poor communities.

“Our African, Caribbean and Pacific members have great expectations of the ABC Fund. We look forward to having the fund respond to specific needs in the three regions, and supporting the implementation of our new approach to structurally transform the ACP agricultural sector,” he said.

“This fund, which aims to contribute to wealth and job creation, particularly for our youth, should significantly enable ACP countries to add value, extract higher rents from commodities, diversify and further integrate into global value chains,” the Guyana-born diplomat said.

“We intend to ensure that the agreement puts in place frameworks that will enable ACP countries to add value, diversify, extract higher rents from their commodities, and integrate into the regional and global value chains. Further we have prioritised women and youth empowerment as key catalysts, to bring about inclusive and sustainable economic growth.

“We therefore see the launch of the ABC Fund as timely, as we believe the Fund will prepare the ground for the Post Cotonou Agreement, by promoting investment in agriculture, as well as integration of the agro-industrial sector into national, regional, and international value chains and, ultimately, contributing to the attainment of the Sustainable Development Goals,” Gomes added.

The fund was launched, today, during the annual meeting of the International Fund for Agricultural Development (IFAD).

IFAD, along with the European Union, the ACP, the government of Luxembourg and the Alliance for a Green Revolution in Africa (AGRA), launched the ABC Fund to help rural entrepreneurs, in the agricultural sector, access the finance they need to grow their businesses and create jobs for poor rural people, in particular young people.

The aim of the ABC Fund is to generate private sector investment in rural, small and medium-sized enterprises (SMEs), farmers’ organizations and smallholder farmers’ groups, which often find it hard to access finance from traditional institutions that view them as too risky.

“Small and medium-sized enterprises can be an engine for development and offer rural communities a pathway out of poverty and hunger, but only if they can access the resources they need,” said IFAD President, Gilbert F. Houngbo.

“The launch of the ABC Fund is an important step to realize the huge potential of small farmers, their organizations, and most importantly, young people.”

It is estimated that more than half of the 1.2 billion young people in the world live in rural areas, and that they are  two to three times more likely than adults, to be unemployed.

The European Commissioner for International Cooperation and Development, Neven Mimica, in emphasizing the potential impact of the ABC Fund investments on smallholder households, said “smallholders and rural businesses are not getting the investment they need from the private sector”.

“The ABC Fund will help us address this gap, improve their access to capital and consequently the lives of 700,000 rural households,” he said.

AGRA president, Agnes Kalibata, said her organization, with its focus on developing private-sector capacity for technology adoption in Africa, will build on this work, as the fund is rolled out across the continent.

“AGRA is delighted to partner with IFAD, EU, and the Government of Luxembourg on this unique and game-changing fund, that will provide loans, of below 1 million euros, which is what most African, small, rural agri-businesses need to grow and continue delivering previously unavailable, inaccessible and unaffordable services to millions of smallholder farmers,” she said.

IFAD and AGRA will work closely with the fund manager to identify investment opportunities, with promising SMEs.

The ABC Fund is an independent fund, based in Luxembourg, and its investment portfolio will be managed by two investment companies, Bamboo Capital Partners and Injaro Investments. 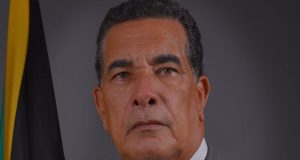 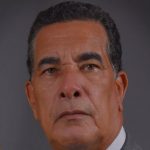