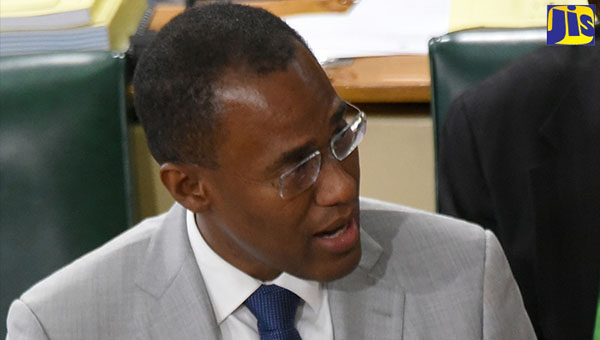 The budget is slightly more than the J$802.5 billion that was expended in the current fiscal year, which ends on March 31.

The 2019/20 fiscal package shows that the Andrew Holness government has allocated J$731 billion for recurrent expenses and J$72 billion for capital projects.

The Ministry of Finance and the Public Service has been allocated the largest sum of the budget, with J$385.6 billion for recurrent expenses and J$5.7 billion for capital expenditure. A large portion of the sum will go towards meeting Jamaica’s debt obligations.

The Ministry of Education, Youth and Information gets the second largest amount with J$109.4 billion for recurrent expenses and J$1.2 billion for capital spending.

Meanwhile, the Jamaica government says it remains committed to ongoing policy and program implementation, aimed at maintaining the stable macroeconomic environment that will facilitate the requisite growth for sustainable and inclusive development.

Governor-General, Sir Patrick Allen, delivering the traditional throne Speech, yesterday, said  the indicators of several measures initiated, have, to date, spurred vibrancy in the economy and optimism among key stakeholders.

The Governor-General noted that the indicators include 15 consecutive quarters of economic growth; low inflation; strong investment inflows; record job growth; robust net international reserves; and a debt to gross domestic product (GDP) ratio, on course to fall below 100 percent by the end of the 2018/19 fiscal year, on March 31.

He said that in keeping with the thrust to improve corporate governance, Cabinet approved the Policy Guidelines for nominating, selecting and appointing the Boards of Public Bodies, and the issuance of drafting instructions for the accompanying Regulations to the Chief Parliamentary Counsel.

Additionally, he said Cabinet approved the establishment of an Independent Fiscal Council, as part of measures to strengthen Jamaica’s Fiscal Responsibility Framework.

“The Fiscal Council will be an independent, non-partisan institution, with the responsibility of helping to promote economically sustainable fiscal policies, monitoring the Government’s compliance with the fiscal rules and informing the public on economic matters,” he added.

He said the Bill to modernise the Bank of Jamaica and make inflation-targeting the “cornerstone” of monetary policy, is before a Joint Select Parliamentary Committee.

“A modernised and strengthened Central Bank will institutionalise and entrench low, stable and predictable inflation, which is a critical platform for any modern economy,” he added.