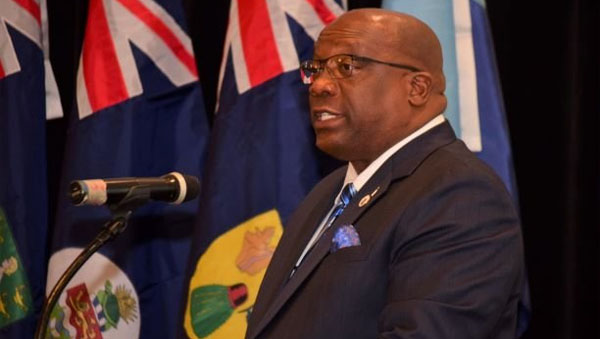 BASSETERRE, St. Kitts-Nevis, February 26, 2019 (CMC) – Caribbean Community (CARICOM) leaders began their 30th inter-sessional meeting, here, today, with a blistering condemnation of the financial services policies of the European Union, and reiterating their belief that Venezuelans alone, must find a lasting solution to the ongoing political and economic situation in the South American country.

Host Prime Minister and CARICOM chairman, Dr. Timothy Harris, said that the continuous addition of onerous requirements by the EU to comply with new regulations “is tantamount to cruel and unusual punishment”.

“The EU and its member States are going well beyond the regulations and requirements of the OECD (Organisation of Economic Cooperation and Development), of which they are a part and which countries are largely compliant,” Harris told the opening ceremony of the summit.

He told his regional colleagues, as well as the representatives of regional and international agencies, that the selective application of their measures “does not apply to everyone and has a distinct bias”.

“These unbridled attacks on our sovereignty and disturbing intrusion in our internal affairs, hark back to a different era, of us having to heed the dictates of our colonial masters, who imposed mercantile laws that restricted our development, scope and space,” he added.

Harris said that the question that must be asked is: “Why are the revenue-earning measures of small states, within the Caribbean Community and elsewhere, being deliberately targeted?”

He said the EU preferences for sugar and bananas have long gone and “our financial services are under threat”, as he thanked the St. Lucia Prime Minister, Allen Chastanet, for leading a delegation to Europe, for talks with the EU, with respect to the labelling of Caribbean countries as non-co-operative tax jurisdictions.

Harris noted that the “denial of correspondent banking services affects the region’s tourism sector and, indeed, its capability to engage in international transactions, such as when credit card transactions are delayed and also affects remittances, a significant financial element in many of our economies”.

“Citizenship by Investment Programmes are being attacked. Ship-flagging is being questioned. In sum, stumbling blocks are put in our development pathways,” he said, asking “how are we to finance our development?”

Earlier, CARICOM Secretary General, Irwin La Rocque, said the decision by Europe to label Caribbean countries as non-cooperative tax jurisdictions and the requirements being imposed for compliance, “are encroaching on our sovereignty and reek of a by-gone era, which came to an end with our political independence.

“The onerous requirements being imposed are constantly shifting and go beyond those established by the OECD. Financial services provide significant revenue for many of our member States and, therefore, are an important source of domestic resources.”

La Rocque added that the mobilisation of domestic resources was recommended by the United Nations Addis Ababa Action Agenda (AAAA),  as a major part of the finances needed to achieve the UN Sustainable Development Goals.

“Our member States are committed to accomplishing those goals, which would help us build resilience against our inherent vulnerabilities. One may ask, is the aim of the EU to destroy the international financial services in our region?”

“If that is so, it would be a frontal attack on the economies of the affected member States,” he said, noting that a recent study, by a tax specialist group, pointed out that countries like those in the Caribbean, currently blacklisted by the EU, are responsible for just one percent of the financial services affecting EU Member States.

He said he was thankful to Romania, the current Chair of the EU, for giving the region the opportunity to speak for the first time, to the Chairman of the Council that determines compliance.

“This was denied to us previously. It demonstrates Romania’s openness to dialogue, to get an understanding of the position of our member States. I want thank Prime Minister Chastanet for his leadership in the difficult negotiations undertaken,” La Rocque added.

Regarding the unfolding situation in Venezuela, Prime Minister Harris said that CARICOM would maintain its position of non-interference, and outlined the measures, taken so far by the 15-member regional grouping, to bring a peaceful solution to the crisis.

Opposition leader, Juan Guaido, who declared himself interim president, is leading the effort to remove President Nicolas Maduro from office; and while Guaidio has the backing of the United States and several other countries, Maduro, who was sworn into office last month, is backed by Russia, China, Cuba and several others.

Over the last weekend, the military in Venezuela prevented aid from Washington from entering the country through Brazil and Colombia

Prime Minister Harris told the ceremony that CARICOM could be “justifiably proud of our stance and our efforts to help the people of Venezuela resolve their crisis”.

“I have no doubt in my mind that the principled position, taken by CARICOM, working with like-minded countries, has prevented, so far, a catastrophe on our borders. We will continue to urge that dialogue is the only way to achieve a lasting solution,” he said, as he thanked his colleagues from Barbados, Mia Mottley, and Trinidad and Tobago, Dr. Keith Rowley, as well as La Rocque “for their commitment and dedication to our efforts at promoting and supporting a peaceful resolution to the situation in Venezuela.  Peace in Venezuela portends well for peace in our region,” he said.

During the two-day meeting here, Harris is expected to bring all the leaders up-to-date on the so-called Montevideo Mechanism, in response to the call by the United Nations Secretary General, Antonio Guterres, to find a pathway to a peaceful resolution, through dialogue and from a position of respect for International Law and Human Rights.

Earlier this month, Harris said that the Mechanism presents “the only objective mechanism” to address the complex political situation in Venezuela, and that it is the only initiative available for international actors, “who want to see peace in Venezuela”.