Trinidad and Tobago Opposition Leader, Kamla Persad Bissessar, said "I totally object to the EBC having any part to play in registering any refugee". Photo by Control Arms - https://www.flickr.com/photos/controlarms/9936466353/, CC BY 2.0, https://commons.wikimedia.org/w/index.php?curid=32085372.

PORT OF SPAIN, Trinidad and Tobago, February 27, 2019 (CMC) – The Elections and Boundaries Commission (EBC) says it has not been approached to consider the establishment and maintenance of a register of Venezuelans, fleeing the South American country and seeking refuge here.

The ECB, in a statement, said that such a register would require an amendment to the legislation, which governs its operations.

“I became extremely disturbed, when I heard Minister Moses answering a question in the Parliament and saying that the EBC would be involved in helping to prepare some kind of registration card. I totally object to the EBC having any part to play in registering any refugee,” Persad Bissessar proclaimed.

The EBC said that it had met with a delegation from the main opposition United National Congress (UNC) on February 14, where the issue of the registration of Venezuelans to vote in this year’s local government elections and next year’s general election, was raised.

It said it had informed the delegation that it could only act in the strictest accordance with the Representation of the People Act, and that it has no authority or power to register anyone who, by law, does not qualify to be an elector. 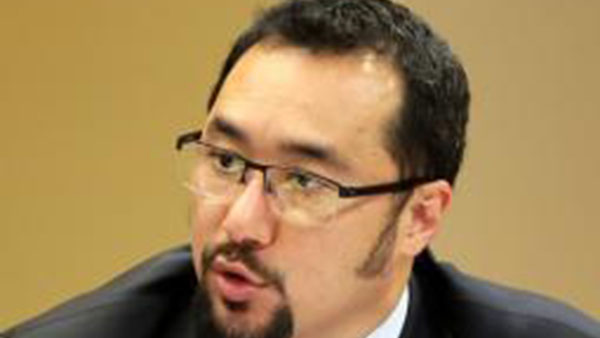 Trinidad and Tobago National Security Minister, Stuart Young, dismissed the Opposition’s allegation that the EBC would play a part in the exercise, adding “I call it dog whistling and it is not going to be tolerated”.

, has denied any move to have Venezuelans registered by the EBC, saying Venezuelans would be given an amnesty to register, legally, and possibly work here, for a year.

He told reporters that the registration process will begin as soon as it gets the approval from Cabinet, and dismissed the allegation that the EBC would play a part in the exercise.

“This registration process is simply to get the correct data of the number of Venezuelans, who were staying, legally and illegally, in Trinidad and Tobago. Right now you are hearing all sorts of irresponsible figures being bandied about, so for the first time, we will get the real figures,” Young said.

“It is going to be completely driven by the Ministry of National Security, working along with Immigration. We are going to design identification cards. These are not the EBC national ID cards. So any attempt to try and confuse the two is very irresponsible.

“I call it dog whistling and it is not going to be tolerated,” he added.

Many Venezuelans have been entering the country, both legally and illegally, as a result of the ongoing political situation in their country, where opposition forces are seeking to remove President, Nicolas Maduro, from power.