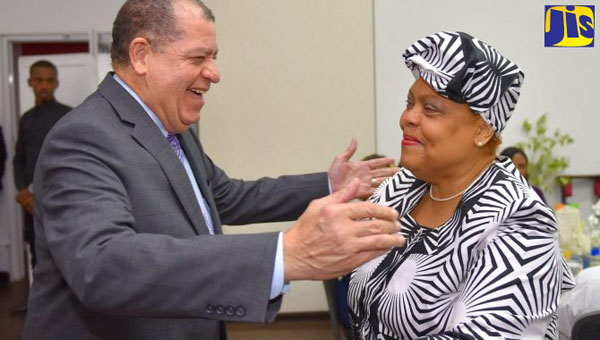 KINGSTON, Jamaica, March 1, 2019 (CMC) – The Jamaica government says it has initiated steps to tap into an estimated J$50 billion in dormant bank accounts, in a bid to provide low-interest financing to micro, small and medium-sized enterprises (MSMEs).

Industry, Commerce, Agriculture and Fisheries Minister, Audley Shaw, says a consultancy group has been contracted and tasked with the responsibility of reviewing and advising the Administration on this engagement.

Shaw told the Jamaica Business Development Corporation (JBDC) stakeholder breakfast forum, the action comes against the background of the governance framework, which stipulates a 15-year timeline before the dormant funds can be accessed by the State.

He said this compares to the international standard of seven years, and the five-year timeline in the United States.

Shaw said he held talks with the consultants, earlier this week, and that the group is “actively” exploring the matter and will submit reports on the outcomes.

“The first report is due in April [and], the second report by July, which I will then be sharing with the Minister of Finance and the Public Service, because accessing dormant funds has got to be a part of the landscape, of finding affordable funding for small and medium enterprises… and we are serious about it,” the Minister revealed.

Shaw said access to affordable financing has been identified as a major constraint to MSME growth and development in Jamaica.

“In fact, the JBDC has reported that 73 percent of MSMEs see capital as the most needed resource for production,” he said, adding that in order to attain higher levels of economic growth, “we have to ensure that we get capital into the hands of our entrepreneurs at reasonable attractive low single-digit interest rates.

“So, as we put our sights on the year ahead, we must sharpen our focus to put action to our commitments,” he said, praising the JBDC for its work with MSME stakeholders.

“I continue to be very impressed with the work of the JBDC, particularly in the last year, which saw some 56 training sessions held, to provide MSMEs with capacity-building. I’m also advised that the company conducted over 4,469 consultations with 4,399 clients.”

Shaw said this is indicative of the agency’s “seriousness” and “level of strategic focus”, placed on discharging its mandate as the Government agency responsible for providing support to spur MSME growth.

“We look forward to another successful year, not just for the Jamaica Business Development Corporation, but, importantly, our micro, small and medium-sized enterprises,” Shaw  told the forum, which was held under the theme “Eye on 20/20: Exploring New Frontiers’.